The first production was staged back in 1974 at The Court’s fourth home, the now destroyed Orange Hall. 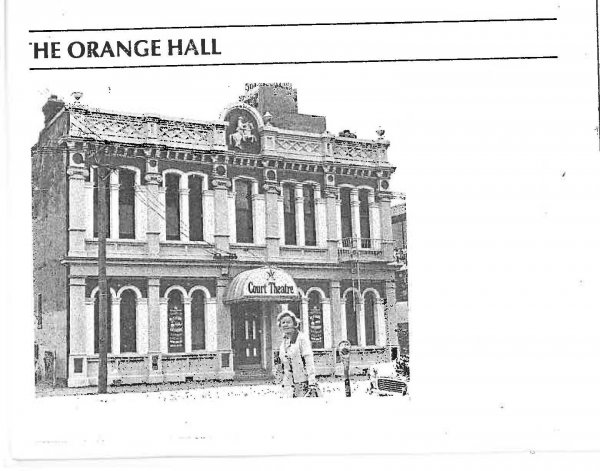 The Orange Hall when The Court Theatre resided there

Living on Worcester Street with ‘Orangemen’ who occupied the top-floor (members of protestant fraternity the Orange Order), the actors reportedly competed with singing that would float down the stairs on Tuesday evenings when the group met.

The hall’s limited size meant The Court quickly outgrew the venue, but before its move to The Arts Centre, Much Ado About Nothing opened, celebrating both Shakespeare’s 410th birthday – and The Court Theatre’s own 3rd birthday.

‘Happy birthday’ was played across the foyer on opening night, with birthday cake served to those lucky, premiere audience members.

Yvette Bromley, one of the co-founders of The Court and the original Artistic Director alongside Mervyn Thompson, directed the play in its 1974 outing. This production wasn’t the first Shakespeare The Court had put on (that honour belongs to King Lear, preformed in March of 1972), but it was the first Shakespearean comedy at The Court.

The story, well-known from its many adaptations across theatre and film, is a romantic comedy following two couples; the smitten Claudio and Hero and the more cynical, bickering Beatrice and Benedick. The comedy plays out across a beautiful Italian landscape, with a wealth of impressive, period costumes. 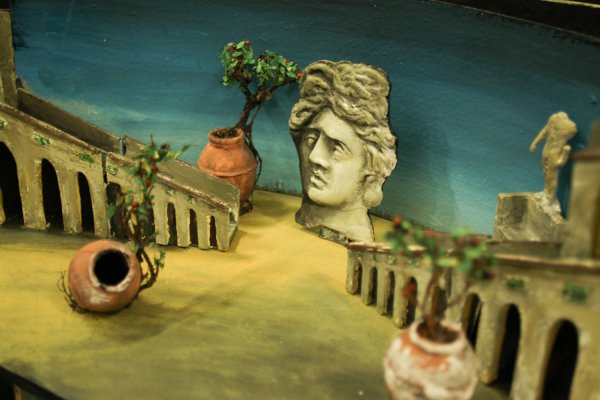 A close-up of the 2012 set model for Much Ado About Nothing, designed by Julian Southgate

14 years later, after its original successful season, The Court did it all over again in their 1988 production, directed by another former Artistic Director of The Court, Elric Hooper.

Moran and Lovatt aren’t the only cast members to have an extended relationship with The Court.  Alongside acting, Stewart Ross is otherwise known as the architect who re-designed an old grain shed into a professional theatre – The Court Theatre.

“Stewart is famous because he’s our architect! He designed Court One back in the Arts Centre and he also designed our current home, The Shed. He’s always mixed acting with architecture,” said The Court’s current Artistic Director, Ross Gumbley.

Gumbley, an actor at The Court Theatre at the time, remembers the play fondly. 24 years later he took on the role of director for the 2012 production of Much Ado About Nothing, making him the third Artistic Director at The Court to programme and direct the comedy.

Gumbley felt it was the show the city needed, performed at a time when the ramifications of the quake were still rife. 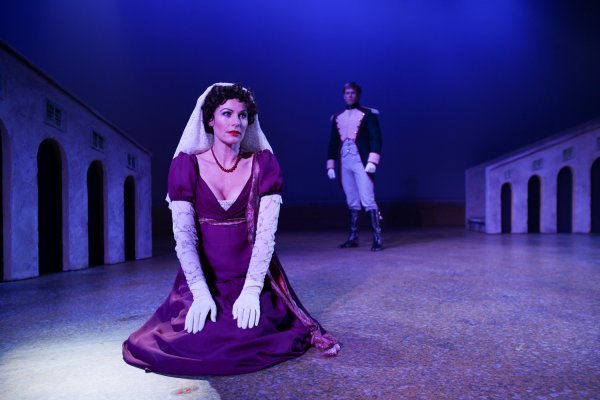 Lisa Chappell and Roy Snow as Beatrice and Benedick in 2012, wearing costumes designed by Emily Thomas

“In 2011 we didn’t know if people were going to come back to the theatre or not. So, I put together what I thought was the season that the town needed at the time. It was plays that I thought were about the triumph of the human spirit. We opened with A Shortcut To Happiness – great title, thank you Roger Hall – which is about the joys of dancing; Calendar Girls, which is just the biggest, most feel-good thing you can imagine; Side by Side by Sondheim, because I wanted some music in that season and, finally, Much Ado About Nothing. Which is, arguably, one of Shakespeare’s most joyous plays."

So joyful, The Court have put it on thrice.