This month we're stepping back to 1993 to revisit a restoration comedy featuring several familiar faces, The School for Scandal.

The School for Scandal, written by Richard Brinsley Sheridan, made its original debut back in 1777, but its classic wit, comedy and visual opulence has ensured its survival well into the 21st Century.

Sheridan’s first play to be performed at The Court was the very first script he wrote, romantic comedy The Rivals. Directed in 1980 by the then Artistic Director, Elric Hooper, the play was followed by its sibling, The School for Scandal, thirteen years later, with Hooper again programming and directing the play. 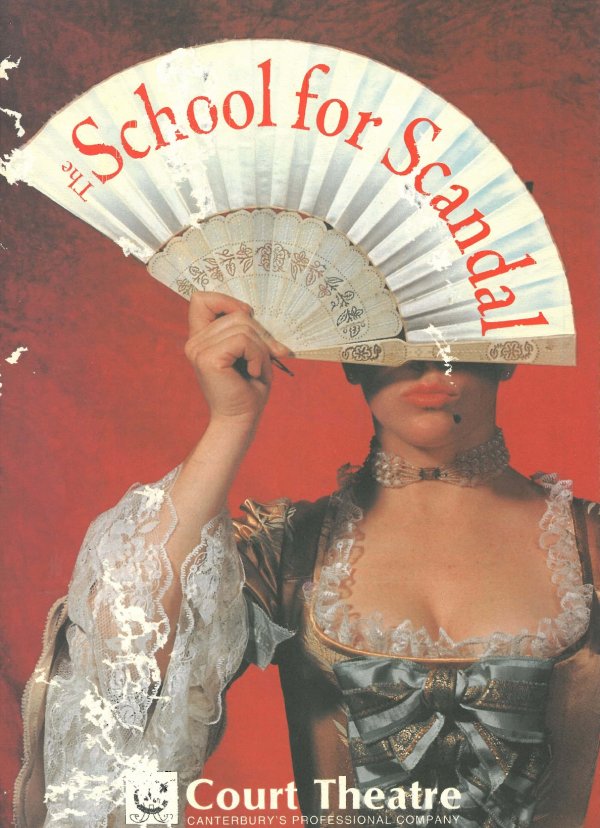 The School for Scandal’s 1993 Programme Cover

A comedy of manners, Hooper described The School for Scandal in its show programme as a play about “sex and money and the relationship between them.”

The story follows a group of meddling English Aristocrats as the gossip shared between them causes heartache, hilarity and a great deal of scandal. 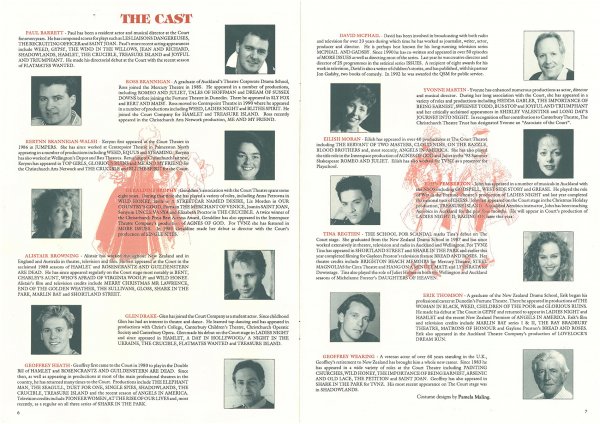 Other notable cast members included Erik Thomson (now known for his Aussie accents in television shows Packed to the Rafters and 800 Words); David McPhail, famous at the time for his satirical comedy show McPhail and Gadsby that he created with Jon Gadsby and Geoffrey Wearing, who is remembered fondly at The Court as a memorable member of the Company. 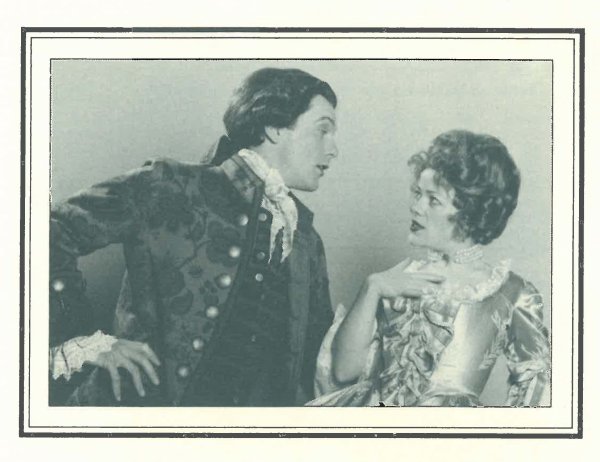 Erik Thomson and Eilish Moran in The School for Scandal

Wearing, an English actor who moved to New Zealand in his retirement quickly got back to work after settling in Christchurch, appearing in his first play at The Court in 1983.

The Court’s Current Artistic Director, Ross Gumbley, worked with Wearing as a young actor and remembers him as quite a character.

“Geoffrey was an extraordinary man. He was in the navy during the Second World War and highly decorated. He was a wonderful old actor who lied to Elric when he came here that he was 64 – but he was actually 74 and that’s when he started at The Court.”

Wearing’s co-star in The School for Scandal, David McPhail, told Gumbley a story about Wearing from the opening night of the play that is still being told today.

“On the opening night of The School for Scandal, Geoffrey was in a scene with David McPhail and Glen Drake and started on this rather long speech that he had. Two lines in, McPhail and Drake realise they don’t recognise the lines... They’ve been rehearsing for five weeks and they don’t recognise what he’s saying! But he keeps going and it sounds like the period… And he comes off and says, ‘I’m dreadfully sorry, but I drifted into a speech from Sheridan’s other play, The Rivals’. And that was typical of Geoffrey. He could bring the house down with his dry wit.”

Derek Hargreaves, the current secretary of The Court Theatre Trust, also remembers the play – and Wearing.

“He was fantastic – I think he finished up acting when he was in his eighties. He sadly had to stop when he couldn’t remember his lines anymore.”

Wearing died in 2003 at the age of 94, but made quite a name for himself at The Court in plays like The School for Scandal – and many others.