This month we're stepping back to 1971 to revisit The Prime of Miss Jean Brodie, The Court Theatre's debut play.

Over coffee Yvette Bromley and Mervyn Thompson decided to take the plunge.

They were in agreement that Christchurch needed a professional theatre, they just weren’t sure if they were up to the task of starting one.

The philosophy they landed on? “Let’s do it and then ask.”

Seven months later, after rehearsals had already begun (“such is the confidence of the desperate,” wrote Bromley) a provisional license for performing their debut play, The Prime of Miss Jean Brodie, was at last acquired. The building they were to perform in, the Provincial Council Chambers, hadn’t wanted them at first, with a decision not to allow The Court to use the building being overturned just a month before opening night. 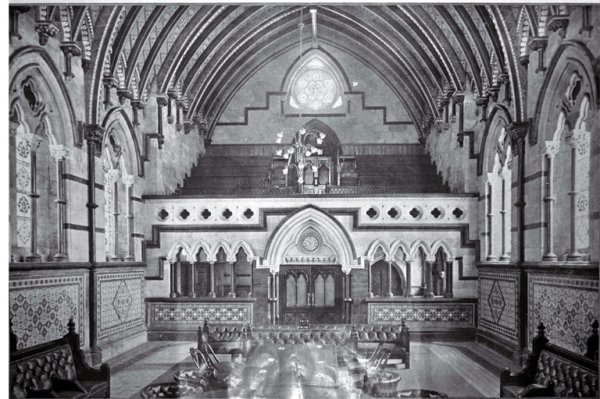 The Provincial Council Chambers pictured in the early 20th Century

The Court’s first home was beautiful – but not without its issues.

The Prime of Miss Jean Brodie was not only the first Court Theatre play performed in the Chambers, but also the last.

The Council let out the chamber for other activities, including Māori Land Court sittings, forcing the actors and crew to drag their set and props 70 metres up the footpath across Armagh Street to their rehearsal space, the Durham Street Art Gallery, before and after each performance.

There was also an inconvenient lack of toilets (Bromley has been quoted as saying the trees on the Avon’s banks thrived on the hurried visits by company members), bad acoustics and a cramped stage.

Adding to the drama, the week before opening night cast member William Hayward broke a leg – but it must have been the kind that brought good luck, because the play was a resounding success.

Adapted from the novel by Muriel Spark, The Prime of Miss Jean Brodie follows teacher Brodie at a Scottish girl’s school in the 1930s as she influences and manipulates her teenage students with her passionate teaching style – a spirit that extends to her relationships with her male coworkers. 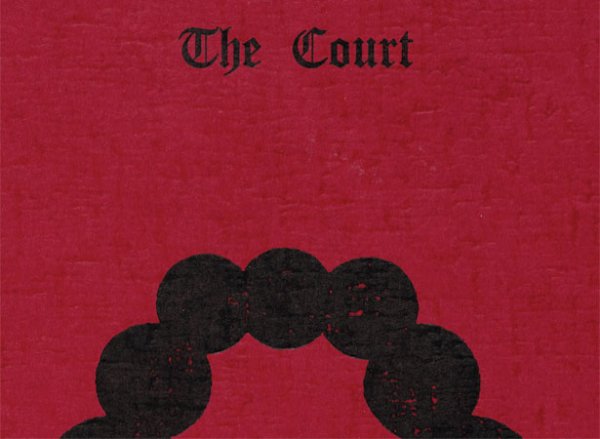 A photograph of the original The Prime of Miss Jean Brodie programme. This wig was the original emblem of The Court Theatre.

A powerhouse production for women, this play set the course for The Court Theatre.

Current Artistic Director Ross Gumbley only remembers the play through passed-down history, but knows how its impact has lingered.

“The Court is famous for a number of reasons, but one of the things which has always defined it is this incredible strength of local actresses.”

Annette Facer stared as Miss Jean Brodie, with Cynthia Ward joining her as headmistress Miss Mackay. The play was directed by Bromley herself, who then helped The Court negotiate its next move into the Durham Street Art Gallery- until the Justice Department asked for its building back in 1972. This was the second of many homes The Court theatre held in Christchurch, with its longest being The Arts Centre from 1976 – 2011.

While archival material of the show is slim – the cast and crew surely too busy focusing on survival to be worried about preserving what has now become history – there is a memento of the original play still here at The Shed, stuck to the back of a seat in The Court Theatre’s current foyer. 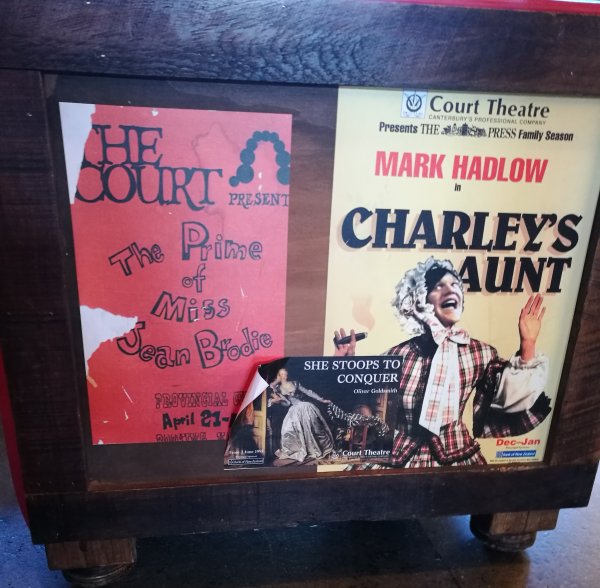 As Gumbley pointed the poster out, he said, “It’s a great thing to look at. It’s very do-it-yourself.”

Do-it-yourself seems to encompass the attitude that creators Bromley and Thompson founded the theatre on. With a professional theatre lacking in the city that they loved, they decided to bite the bullet and form one themselves.

After humble, DIY beginnings, The Court Theatre has become what you know it to be now: a home for world-class theatre; experimental theatre; kiwi theatre and so much, much more.

Correction: this article has been amended since publication to correct the role played by actress Cynthia Ward. Ward played headmistress Miss Mackay, not Sandy.