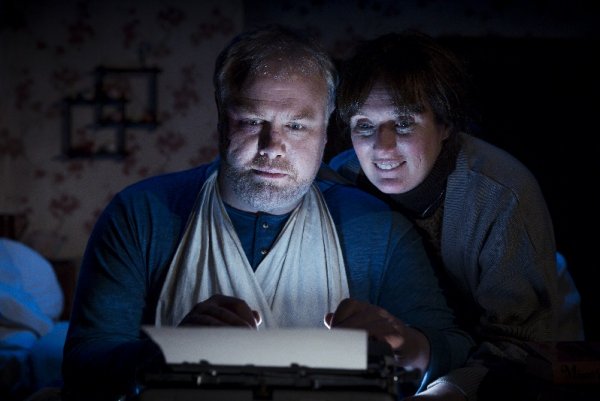 Actor Lara Macgregor is filling some pretty big shoes in Stephen King's Misery, taking on the role of the infamous Annie Wilkes... In-between all of her line-learning, Macgregor took a moment to answer some questions about the role and what could possibly be fun about a production called Misery...

Annie Wilkes is an infamously frightening character - how are you finding it, playing such a terrifying (yet curiously prim) woman?

I'm absolutely loving the challenge. Strangely enough I find there is much to feel for her. So, a little bit of understanding and empathy goes a long way with digging to the not-so-nice places I have to go with her.

Are you a fan of Stephen King?

I wouldn't have said I was a conscious Stephen King fan but, looking back, I've collided with more of his work than I realise. He's such a prolific writer, you'd be hard pressed not to have been introduced to his work in some way, shape or form over the last three or four decades. My brother was a huge fan of the Misery book and movie when they came out in the 80's, and he was the one who got me reading it back then. Then there's The Shining! And, I have always loved his short stories - Apt Pupil and, most notably, the one the movie The Shawshank Redemption is adapted from. According to our Props genius Julian Southgate, The Shawshank Redeption remains the most popular movie ever for New Zealanders.

How do you get into the mindset for playing Annie?

Annie has been a lot of work. As Gavin Rutherford, who plays Paul Sheldon, most astutely pointed out a week into rehearsal, it's really a one-woman show. Aside from sinking into her character - which I'm still in the process of doing - about two months out from starting rehearsal I worked with a personal trainer, as I knew she would be physically taxing. Hell - I gotta lug two grown men about the place. At the same time, I also began accent work so it wouldn't have to be something I was thinking about by the time we opened, and I started learning lines, which I don't normally do... and still that proved not enough in advance. There's 82 pages of dialogue... gulp. I've nearly got them all in.

Do you see Annie as an evil character?

Annie doesn't see herself as evil. Quite the opposite. She believes she's doing God's work. So I cannot judge her as evil, or else I'd be sitting outside of her looking in. The audience will be the judge of that.

What’s thrilling about this production?

The script. It has been adapted by William Goldman who penned the screen play. He knows every element of this story inside out.

Then there's Harold Moot's fantastic set. The props. The music and sound effects composed by Andy Manning are marvellous and so incredibly helpful as an actor transitioning through 28 scenes. Sometimes, when I have no idea what's coming next, the sound comes in and it's all I need to get me into the moment.

The story has a lot to say about obsession and the redemptive power of writing – what do you think the main messages within Misery are?

Main messages? Well, that's a tough one. I'm just hoping the audience have a fun (yes fun!) night at the theatre - edge of their seat stuff - and come away going "we hardly see that happen on the stage EVER and it really worked".

Who do you think will enjoy this production?

What I find interesting, is that fifty of my close friends and family are coming from around the country to see this production. I've done a lot of shows in the last ten years, and nowhere near that many people have ever come to any one show. (This is unsolicited, by the way.) I think a lot of that has to do with the character of Annie Wilkes. Let's face it, this role is pretty iconic. Kathy Bates won an Oscar for her portrayal. A lot of people, when they think of Misery, all they remember is her. So for some, it will be that which draws them in. For others - the love of the genre that is Stephen King. Others - a love of all things theatrical.

What’s the most fun thing about working on Misery?

Delving into the mind of a rather delusional person... makes me feel more sane than I have in years. Director Dan Bain set up an incredibly relaxed rehearsal room. I have loved that. I've thoroughly admired him and our Stage Manager Jo Bunce in their attempts to figure how the moving pieces of the puzzle all fit together. And Hayley and Debs in costume have been a dream, kindly furnishing my dressing room with a couch for snoozing between shows... icing on the cake.