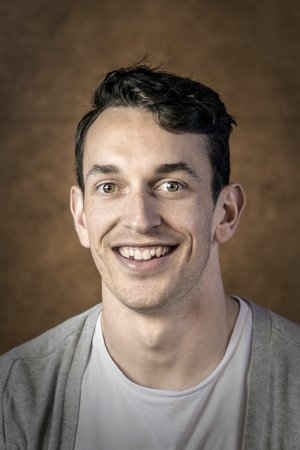 Ben Freeth has made a name for himself on-stage here at The Court with roles in productions such as Chicago and Jesus Christ Superstar. In our upcoming kids show, however, Ben is stepping off-stage to take on the directorial reigns for Time Machine, taking your little ones on an adventure through space and time! Before rehearsals started, we caught up with Freeth about the show - and what he'd do with a time machine...

What is Time Machine about?

It's loosely based on H.G. Wells' The Time Machine, which featured the first-ever reference of a time machine!

Our version tells the story of Professor Wells (who is very intelligent and has made a time machine) and her young assistant, Eloise, as they travel through time in order to get a number of ‘gifts’ for their patron, who has challenged them to prove the worth of their machine. Their journey is a kind of last-ditch effort to show off their impressive inventions.

On their adventure, the pair travel to the prehistoric era and meet dinosaurs, then go far into the future and encounter robots! Time Machine covers all your sci-fi bases which is cool. You don't normally get sci-fi in theatre, let alone in a play for kids, so it's something different, which is nice.

What’s your vision for this play?

Andrew Todd, who wrote the script, has written a very cohesive story. It's not, on paper, a kids show. Kids are smarter than we think, so I want to make this a magical and interesting show that doesn't rely on gags. I want it to be interesting for the audience because they want to know what happens next, or want to beat the bad robot… Kids are smarter and more mature than we think they are, and that stuff – how can we engage our audience in ways that haven’t been done before – excites me.

I want to think outside the box. Because when these kids are at home they're playing imaginary games with sheets and chairs and pillows! Which is what I want us to do. Our audience will be inspired to use their imagination to see the dinosaurs and robots on-stage. How these kids play at home is what we want to target. We want to challenge them to use their imagination here at the theatre.

What can kids look forward to seeing in this production?

…The robots and dinosaurs are pretty cool! It’s very exciting and well-done Andrew for getting those in there!

What I want to capture is a bit of theatre magic; things that make the kids ‘ooh’ and ‘ah!’. Obviously, there'll be moments that are funny, but it's not my goal to make them laugh - I want them to be engaged. I want to provide moments of spectacle.

Traveling through time, are there any exciting vintage or futuristic props or costumes audiences can look out for?

Well, obviously, the robot and the T-Rex are going to be very interesting... and they'll be a little bit outside of the box. It's not going to just be a big dinosaur - we're going to surprise the audience. 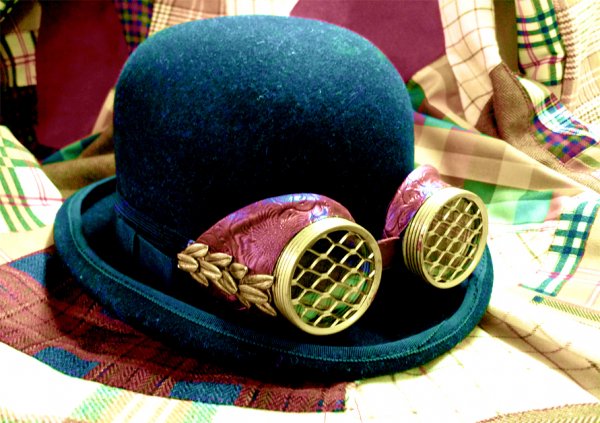 A sneak-peek of Hayley Douglas' costume design for Professor Wells!

This is your first time directing a kids show for The Court – how are you finding it?

I'm very excited - I love kids shows! I've done my fair share of performing in kids shows both here and with other companies, and I always find it exciting seeing what makes kids engage and listen to something - because it's so easy to lose children. For them, 45 minutes is actually quite a long time. But if a Disney film can do it, why can't we? I think a human's more interesting than an animation.

…Obviously, you can do crazy things with animations, but let's do crazy things with humans and props in front of the audience, where they see it happen! I'm very excited about playing around and making a great show. I've got such a cool team working on Time Machine and everyone's very excited about this project, because it is something a little bit different: a more mature, sci-fi kids show. It's not aimed at older kids by any means, but it feels more grounded with more heart than I've experienced in the past.

Can you talk a little about your cast for the play?

Two of our cast members will be familiar faces - Hillary Moulder and Monique Clementson. Hillary just wrapped up Jesus Christ Superstar and will be playing Professor Wells, while Monique plays her assistant, Eloise. Monique has done a number of kids shows, is very talented and she loves kids theatre, which makes me love having her. They both know what they're doing and are very smart!

Our other actor, Dylan Frewin, is from Tauranga and went through NASDA. He’s an amazing character actor and someone who hasn't worked at The Court before, so it'll be interesting to get him on his feet.

Dylan is playing around four roles – he’s covering every other character except for Eloise and Wells! So, he's a dinosaur and a robot... among other things!

Where would you travel if you had a time machine?

I'd have to go to the future!

I'm so intrigued by space and technology, so I would love to go to a time where we live on the moon, or we've colonized mars and see what's that like. I think that would be incredibly exciting. I've read what's happened in the past, so why not seek out the mysteries of the future? I'm a big sci-fi fan and I love what humans have come up with - and the promise of what we can come up with!