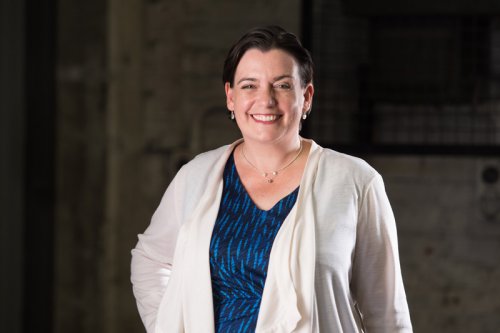 This Sunday marks the beginning of our Fresh Ink reading series. Literary Manager at The Court Theatre Roanna Dalziel took a moment to explain what Fresh Ink is, why playwrights benefit from the process and what readings will be available for audiences this month.

What is Fresh Ink?

Fresh Ink is readings over as many Sundays in a row in May. We choose three plays where the playwrights are still developing them to see how an audience reacts to them.

How is it beneficial to the playwrights?

It’s not beneficial to every playwright or every play, so we have to choose the plays really carefully. For suitable plays it’s beneficial to hear actors say the words out loud and for testing the audience reactions in the moment.

If the audience laughs, you know that you’ve found a vein of comedy; if the audience cries, it’s the opposite - you’ve touched the audience in some way. Not that the two are mutually exclusive!

The question and answer forum at the end also gives the audience a chance to provide input and feed into the creative process.

Why is The Court Theatre invested in play development?

One of the key missions for The Court is about celebrating and questioning New Zealand voices. It’s fundamental that we get New Zealand plays up on our mainstage or in The Forge so we’re reflecting on New Zealand perspectives.

If a play is written by a New Zealander and has nothing to do with New Zealand, it’s still a New Zealand voice that we’re hearing with that unique perspective. It’s about talking to one another theatrically.

Have any previous Fresh Ink plays gone on to play full seasons at The Court?

Yes, we’ve had several examples of that. One is MAMIL (Middle Aged Man In Lycra) by Greg Cooper and another is Astroman by Albert Belz, which is playing a two-week season on The Court’s mainstage this October.

What do audience members get out of the Fresh Ink readings?

They’re the first to hear the plays and they get to be part of a process where the playwright’s being incredibly brave. To be an audience member and to see that bravery and be around that honesty is inspiring.

At this early stage in the play’s development, the plays can often be quite raw and audiences get connected to that rawness. You really get to focus on what is being said. Although they’re rehearsed readings - which means there is a director involved - it’s quite possibly the most direct way to the playwright because there’s no action or lights or sound apart from the words.

For other people it’s about encouraging playwrights. They go because they’re being encouraging and warm in that way and that enriches their lives.

Beyond that, all the plays have got fabulous casts – the wealth of talent that’s going to be in the room for each reading is extraordinary.

The first play this year is Alison Quigan’s Siana, being read on the 13th May. What’s the play about?

Alison has a remarkable ability to tap into relationships and emotions, as you can see from Mum’s Choir, which is coming up this year as well.

Siana is at fourth-draft stage.

Next up is Karen Zelas’ The Falling on the 20th May– what’s special about this play?

The Falling is supporting a local playwright, Karen Zelas. She’s written a play that relates to the trials of Minnie Dean, the first and only woman hanged in New Zealand. She wrote a verse biography that we read and then we approached Karen and said, “hey, have you thought about dramatising this?”

The Falling is up to draft four.

Well, former Shortland Street baddie Mike Edward is going to be The Sexiest Man in the World.

The reason that I’m attracted to this comedic play is because it’s got the potential to be a no-holds barred exploration of sexuality.