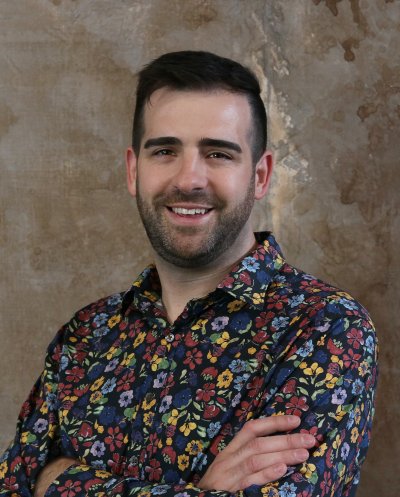 The Court Theatre is pleased to announce that Daniel Pengelly has been appointed Artistic Director from 1 June 2020 to 31 December 2023.

In a statement issued today, Chief Executive Barbara George acknowledged the tremendous contribution that Dan is making in the interim artistic director role through unprecedented times.

We were planning to go to market for our new AD back in March, but the pandemic overtook our well-laid plans. This appointment reflects what The Court needs both now and over the next three years as we all work in a new normal, and continue our plans for our move into the City and our new home.

Dan has a long history with The Court Theatre, joining some 16 years ago as a Jester, then taking on the Associate Director Role from 2014 to the end of 2016. From there he was appointed Artistic Director of Centrepoint Theatre in Palmerston North, significantly contributing to the current and future success of this much-loved North Island company.

Dan succeeds Ross Gumbley who was in the role for 14 years, and who has now moved forward into his new role which is focused on requirements for our home in the City.

In theatre tradition, Ross now hands the room to Dan and wishes him every success: “I hope Dan has the same good fortune that befell me. It is a privilege to serve The Court’s audience. I wish him well and eagerly anticipate the work that will take The Court into its bright and exciting future,” says Ross Gumbley, Artistic Adviser/Lead Director.

Speaking as the newly appointed Artistic Director, Dan Pengelly says “I have grown up at The Court Theatre, experiencing the camaraderie of creating, performing and watching shows. It has taught me many skills in comedy, storytelling and even about life itself. I am honoured to take up this mantle for the next 3 and a half years, and serve Canterbury audiences. I look forward to what I learn and experience over this next chapter.”

Chief Executive Barbara George says, “I am very pleased with this appointment which was unanimously endorsed by The Court Trust Board. Dan has shown the capability and fortitude required in this senior role in very challenging circumstances. He has a collegial and collaborative style and we are looking forward to his leadership both at The Court and in our Arts sector.”