Under the terms of a two-year partnership agreement signed last week, Team Hutchinson Ford will provide The Court with five vehicles for day to day utilisation across The Court’s workshop, production and marketing operations. 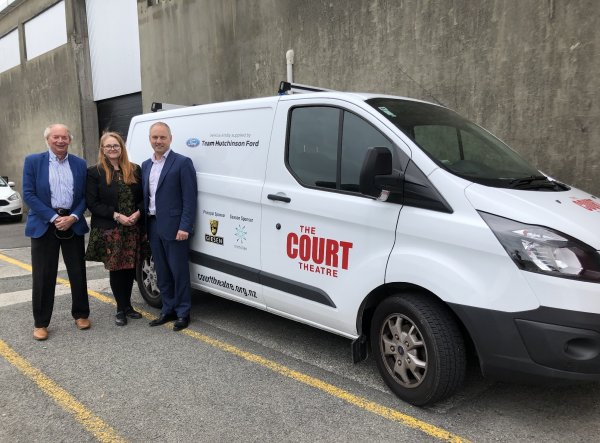 Court Development Manager Steve Brooker, Barbara George and John Hutchinson pictured with one of the vehicles provided by Team Hutchinson Ford to The Court.

“Team Hutchinson Ford’s sponsorship provides for the use and service of five high quality Ford vehicles for The Court and it is of immeasurable value to the work and artistry of this nation’s largest professional theatre company,” said Barbara George.

“It’s been a pleasure meeting John. He clearly loves The Court’s work and what it brings to the Canterbury community, and sees his relationship with us as good value.  He is able to leverage off our sponsorship, at the same time as assisting many other charities and organisations in the greater Canterbury region, as well as providing his clients with a rewarding experience at Court shows– beyond the driving experience of a new Ford vehicle”.