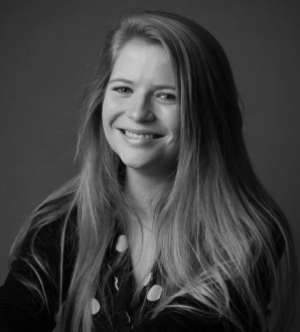 Emma Cusdin is a familiar face around The Court Theatre, having done just about everything here at The Shed – except for writing and directing, which she’s taking on for our January kids show, Thumbelina!

Before this magical fairy-tale adaptation went into rehearsals, we caught up with Cusdin about the story and Thumbelina’s journey from script to stage.

What is the story of Thumbelina about?

Well, Thumbelina lives in a Tulip house, winter's coming and her house is falling apart. So, she's on a journey to find somewhere new she can live. She’s also the only one of her kind; she's never met another Thumbelina, so she's looking to find how she fits into the world around her.

On that journey she meets a lot of characters along the way and sees if she could be what they are - like the Toad and the Mole and the Bees... So, she's always in pursuit of who she is and where she belongs. That's the big theme - and she finds it all out at the end!

How is this adaptation different from the traditional Hans Christian Andersen fairy-tale?

It's quite different... Most of the characters that feature in the original are used - there's a couple we took out, but not many.

The big difference is that in the original, Thumbelina doesn't really make any choices for herself. The creatures who she comes in contact with all tell her 'you're beautiful, come and live with me, you have to!' which we thought was not great.

So, we've tried to make it a bit more modern and in this one, Thumbelina is just a modern little lady who's got big dreams and wants to find where she fits in. Which isn’t featured in the original, but we think it's a good moral for young people watching the story today... especially little ladies!

What age is the show recommended for?

3 – 6-year olds, roughly, but there are a lot of jokes that will appeal to audience members who are older than six. Most of it is very targeted to young people, but there are a few jokes for the people who don't sit in that age bracket.

What's your favourite part of the show?

I love the characters and I love the setting of the story, but I suppose, selfishly, I really enjoy that this is a play about a young woman who's little, like me, who’s got a bit of moxy to her, is quite resourceful and has got a bit of nous.

Even though it's a kids’ play, I think at its core; at its heart, it's actually just a story that is representative of being powerful even if you're little and even if you're a lady.

Why do you think Thumbelina will appeal to children?

Everyone knows who Thumbelina is, but when I asked kids how the story of Thumbelina went, many of them didn't know the finer details. I think, generally speaking, she's quite a famous figure, but not many people actually remember the nuts and bolts of the story and what happens to her in the original.

I think the thing that’s appealing about the play is that there's all these creatures who are all very different as characters. They've got lots of varied characteristics - some are really funny and silly, and others are totally different again. I just think the richness of all these distinct characters and the imagined, lush surroundings of living in a flower and the re-purposed, forest-like scenery will be really cool to see.

What message do you want Thumbelina to get across to kids?

There’s a couple of things and one of them is that it's okay to feel like you're one-of-a-kind and if you feel like you don't fit in anywhere, that isn't necessarily how it will always be.

Sometimes, you just need to grow into your skin.

Can you talk a little bit about your cast for the play?

So, this is quite cool… I originally wrote the play with two women and one man and then I had to rewrite it, because we cast three awesome women, so we wanted to make the play work around them.

We’ve got Reylene Hilaga playing Thumbelina, who was also The Littlest Ninja, so she's doing a little double dirty for us this year at The Court, which is great! She's quite petite, so she's a great Thumbelina, that's for sure!

One of our other actors, playing multiple roles, is Rhiannon McCall, who used to be a Court Jester here and then moved to Auckland and is now in Funny Girls and lots of Auckland-y things like that.

Playing the Toad and the Mole and some of the more abstract characters in the play is Kathleen Burns, who directed The Littlest Ninja; wrote Cinderella in Space; is a Court Jester; is always acting and is just awesome.

So, when Kathleen became available we were like 'okay, we just need to rewrite this, so that she can have this part - because she'll be so good at it!' 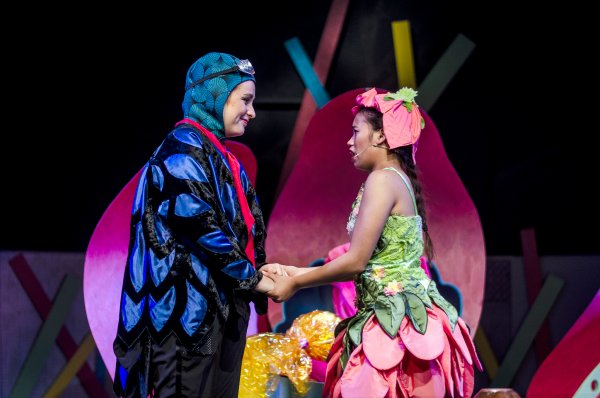 This is your first time directing a professional production at The Court Theatre – how does that feel?

Absolutely crazy! It's really quite a different thing. I've done almost every job in this building - I've worked here since I was 18 - and now I’m 30!

I've had a few interludes where I haven't worked here, but, generally speaking, I've been here the whole time. I've been the Front of House Manager; I've worked in Sponsorship; I've worked in the Box Office; I've worked at the bar; I've worked as a Court Jester; as an actor... I've done almost a little bit of everything here, and really, the only thing I hadn't done, was writing and directing - and now I've managed to shove them both together for this onetime thing!

Obviously, I do a lot of directing as part of my teaching job, but never with professional performers - so it's awesome.

Thumbelina is quite special for me, too... I have vivid memories of being a little girl and going to my first-ever Court kids show and looking up at the wall - because we used to have this wall of photos - and I was like 'I'll be on there one day!'

Then, when I was in The Seagull, I got a selfie with my picture on the wall, because that was such a vivid memory for me.

It's pretty special for me to be involved in the next round of kids shows because that was what I grew up on, and now I'm getting to do it. Little Emma Cusdin, somewhere back in the annals of time, is really happy right now.

Thumbelina runs at The Court Theatre from 16 - 26 January, with all tickets just $10. Click here to find out more and book your seats now.

Family-friendly entertainment every school holidays. Check out what was on stage for the 2018/2019 season!