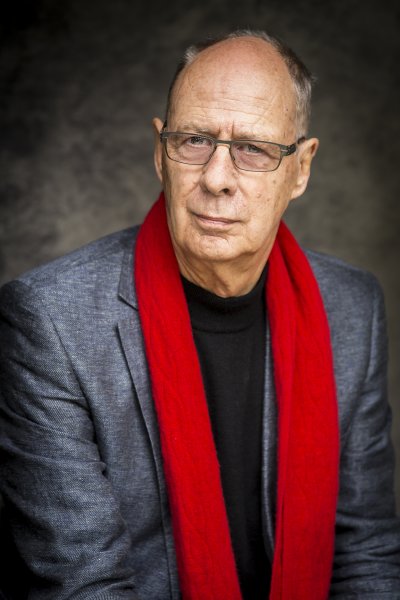 Roger Hall discusses the inspiration for his newest play, what his writing process is and why you should come along to see Easy Money.

In 1992 in London, I saw a production of Ben Jonson’s The Alchemist done by Royal Shakespeare Co. It was a brilliant piece of theatre, gut-achingly funny. (I then tried to read it and, there is hardly a laugh there… in other words, it’s a visual piece.)

A merchant flees the town to avoid the Plague leaving his house in charge of his servant who uses it as a base to defraud as many people as possible.

Bring it up to date. An upfront Auckland Harbour luxury apartment let out via Airbnb to a couple from Australia for a four-week stay... It doesn’t take them long to find others in the apartment block ripe for plucking. And away we go.

I have not attempted to match The Alchemist scam for scam (you need a much bigger cast than The Court can afford) but I’ve been longing to do this since 1992.

So here it is.

How did you make a play from the 17th Century relevant for a modern, Kiwi audience?

People are constantly being conned out of their money. In most cases it is because people can’t resist a bargain or the chance to make a lot of money. In Auckland quite a prominent person, presumably wealthy, not only fell for a Nigerian scam, but convinced many of his friends to “invest” too. In Easy Money ’those who get ripped off mostly deserve it. Greed.

Right now, I notice more and more finance companies offering higher than current rates of interest or chances to invest in schemes for high returns. Haven’t we been here before? Quite recently?  And didn’t some of the perpetrators go to prison? Yet here we go again…

What is the process of writing a script - and what’s the biggest challenge?

Same as it’s always been. I start off by writing dialogue, page after page, and from it the characters develop and the plot emerges. (Other people do it differently.) And doing it over and over again until finally one can type: THE END.

How would you describe Trudi & Stephen Sharp?

Charm is almost a pre-requisite to be a con artist. Or, at least, the ability to turn it on. (As with acting: “If you can fake sincerity, you’ve got it made.”) In addition, they can think on their feet. Trudi and Stephen do this all the time; they have to, to survive.

Who is your favourite character in Easy Money and why?

Sir Robert, for presuming that being rich makes him important and wise. And I have a soft spot for Sylvia—for all sorts of reasons.

Why the Auckland Harbour Bridge?

It’s the best-known building in Auckland along with the Sky Tower. And what a coup for anyone to be able to sell it…

Do you have a favourite, real-life con that inspired you?

Victor Lustig. He sold the Eiffel Tower twice. And all those men and women who claimed to be survivors of the Russian Imperial family.

Why should audiences see Easy Money?

It’s a plot-driven farce and you don’t get many of them these days. No moral, no message—just entertainment.

What would you like the audience to walk away thinking?

Would we have been taken in by them?

I’ll come up with something later…or go and do something sneaky….

What are you working on next?

Probably no more plays this year (apart from re-writing some of Last Legs because of changes in our leaders). Most of my time will be taken up with New Zealand Theatre Month intended to celebrate and elevate our theatre throughout the country in September. All sorts of events. The Court Theatre is going to be an enthusiastic participant, so watch this space...

HOW YOU CAN DONATE

A gift of any size counts!