From ushering to providing refreshments and good quality coffee – oh, and putting up over $50,000 to sponsor a play.

The Court Theatre relies on its band of Court Supporters who, in their words are “the aficionados... the keenest of the keen”.

Retired Anglican priest David Winfield has led the supporters for over five years – they number over 1900.

“I am extremely fortunate having a very able and committed committee who do much of the work and show admirable initiative,” he says.

A primary role for the Supporters is to provide ushers for the mainstage, the Forge and for children’s productions, and a few have been involved in this for over four decades. 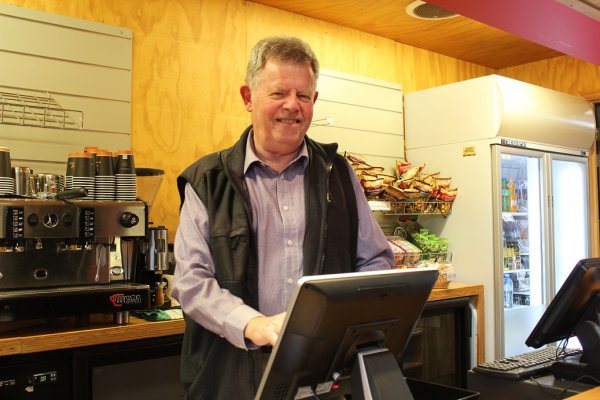 Another contribution to the theatre is providing Opening Night suppers for the patrons at the beginning of each play's run, and the Supporters also hold an annual, and well supported quiz night.

“We also run the coffee bar in the foyer as a revenue source – all the money goes back into the theatre and we also sponsor one play a year to the tune of about $50,000,” he explained.

The balance of the revenue for the Supporters comes from subscriptions and donations.

David, who is also the theatre chaplain, has his own small theatre group, Keeping Good Company, a Christian group. He has greatly appreciated another Court staff member, Literary Manager Roanna Dalziel, who has provided advice for his script-writing efforts.

Aside from being involved with The Court, David is also the fundraising committee convenor for the restoration of St Peters church in Upper Riccarton.