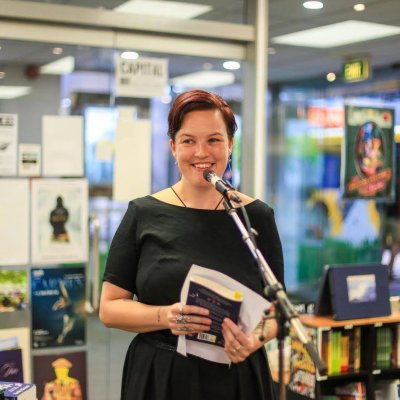 Sometime between midnight and 3am, Emily Writes was awake, struggling to coax her newborn and toddler back to bed. In those sleepless hours, she wrote a 'rant in the dark'; a now infamous blog post, begging smug outsiders to stop telling her to be grateful for the difficult aspects of parenthood which she found herself struggling to openly express.

While Emily headed back to bed, the blog post went viral, with almost 1 million hits in less than 24 hours - and 15,000 emails waiting in her inbox when she woke up. Since then, Emily has written two books, is the editor of The Spinoff Parents and has become a household name in the parenting community.

Now, the page-to-stage adaptation of Rants in the Dark is coming to The Court Theatre from 26 September - 3 October! Before the play's South Island debut, we caught up with Emily to discuss the play and what she wants to tell new mums everywhere.

How does it feel to see your writing come to life on-stage?

It's surreal! But it's amazing. When I see it, I stand at the back and watch the reactions - that's really special to me. Seeing the audience enjoying themselves and laughing and crying - I feel like the play is exactly what I'd always hoped it would be. I wanted mums to be able to go with their friends and just have the best night ever. Seeing that happen is just the greatest joy. The whole process has been amazing, I feel so very lucky to get to see it. And I love the babes in arms sessions because I get to hold babies while their mums watch!

Why do you think your work has struck such a chord with readers?

I think there's so much pressure on mothers to be instagram perfect and to never find parenting tough. But every generation has found parenting challenging. I think sometimes you just need someone to say - you're not alone! It is tough! You're amazing. And it's OK to be frustrated and tired and over it - that doesn't mean you don't love your kids any less. I think that's why the books and play resonated - because sometimes you just need to be reminded you're doing OK. And it's going to be OK. 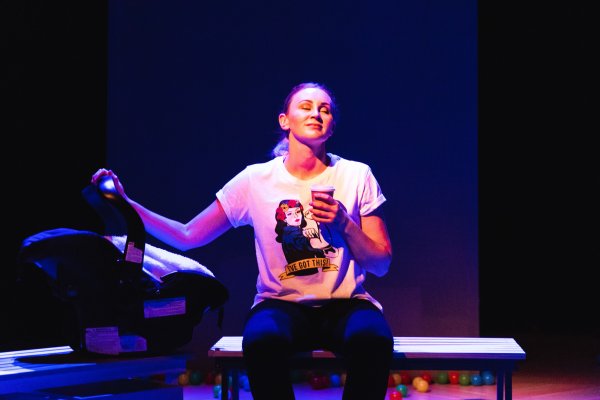 Who does this show speak to?

I hope it speaks to everyone. I've had dads tell me it made them feel more connected to their partner and that they felt seen too, I've had people who aren't parents say it helped them to understand the parenting experience. I really like when people say it made them have great conversations with their parents. I really like the feedback from grandparents who say it helps them understand the differences between parenting now and then and also the similarities. That means a lot to me. I love it when a mum comes with her mum and her mum! I heard from a 19 year-old who bought her mum a night stay in a nice hotel after seeing it to say thank you! I think it might also particularly resonate with parents of kids with health challenges and those who want to support them. You can feel so isolated - and I hope this play is a friend for them. 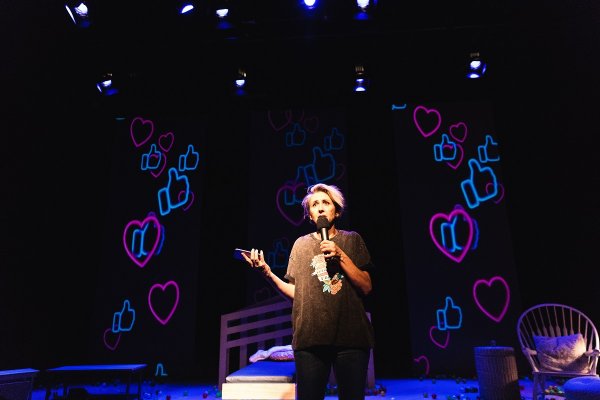 Ha! So much. Probably that if you lay down it's the same as sleeping. It bloody isn't!

What would you say to new mums who are struggling?

I'd give them a hug and I'd listen.

Rants in the Dark runs at The Court Theatre from 26 September - 3 October. You can learn more & book tickets here.