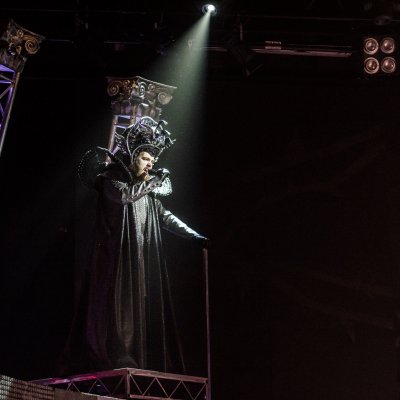 Ben Kubiak is our Caiaphas in Jesus Christ Superstar, one of Jerusalem’s high priests with an extraordinary, booming Bass voice. In-between his star-turns on stage, Ben is currently completing a PhD in musicology at the University of Auckland, focusing on the history and aesthetics of rock musical theatre – including Jesus Christ Superstar!

We sat down with Ben to talk about Jesus Christ Superstar – and what his study has taught him about this global phenomenon, now on stage here at The Court.

Musicology is a pretty broad term. It's basically studying music - not performing or writing it, but just analyzing it; studying its context and everything about it. It's trying to discover everything you can and treating music as a scientific object, sort of.

You're completing your PhD focusing on the history and aesthetics of rock musical theatre. Where does Jesus Christ Superstar fit into that?

Well, Jesus Christ Superstar is very important to that.

Fortunately, we already know who Jesus Christ is, so it's not too much of a problem. That means that Superstar is able to be really innovative in its creation of character with the music and how, within rock music, it succeeds in giving each of its primary characters their own very distinct style to create and delineate themselves them from each other.

What is the legacy of Jesus Christ Superstar?

The legacy of Jesus Christ Superstar is that it set a new standard for how sophisticated you could be in a score of rock music. If you even go back to Hair, the music is good rock, but it's fairly simple.

If you look at Superstar, it's got first - again - this great characterization. Just look at a song like Heaven on Their Minds or even a character such as Judas. Judas' style actually evolves over the course of the musical. His style starts in very introspective, pensive, progressive rock, and gradually goes into the angrier, blues style rock as he grows more and more disillusioned with Jesus.

Not only that, but the musical displays some of the earliest attempts at crafting whole scenes - extended scenes - out of just rock music, like the trial before Pilate or the last supper. This extending of what rock music can do in a theatrical context is really Superstar's legacy - and is why it still gets performed today, I think.

How have musicals - specifically rock operas - changed since the '70s?

Well, the term rock-opera sort of started to die out a little bit after the '70s, actually. It's interesting... in Superstar you sort of have the genesis of two different kinds of musicals. There's the rock musical on one hand, and the mega-musical on the other.

Mega-musical was where Andrew Lloyd Webber went later in these grand, enormous shows like Cats, but for the rock musical, having worked out through Superstar and other rock operas how to do characters, the genre gradually became more and more refined. It worked out how to more intricately focus in on plot, which shows like Rent, in the '90s, or The Little Shop of Horrors among others display.

Without that earlier, groundbreaking work by Superstar; just pushing the music as far as they could go, I don't think any of that would have been possible to a large degree. 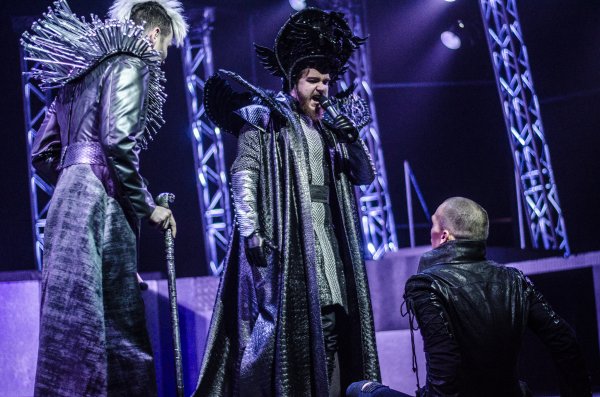 Why do you think Jesus Christ Superstar is still so loved and timeless?

Well, it's partly that it's picked a good story. The story of the passion is fairly timeless. Jesus isn't going away anytime soon, so the story will, to a certain degree, still be relevant in any age that it's performed.

Going further to the music, it's interesting that a lot of the old rock operas aren't performed anymore because their music does seem dated.

A year before Superstar, The Who's Tommy came out, and it was enormously influential, but it doesn't get performed a lot these days because the music is very much of 1969.

Whereas there's something inherent to Lloyd Webber's music in Superstar - and maybe it's the fact that he not only incorporated rock music but also a lot of classical influences from his own composition background into the music. It gives the music an inherent quality to it, even displaced from the cultural context of its time, that ensures it tells its story even in modern day.

What's special about the soundtrack?

Well, so many of its songs became classics, of course. Think of I Don't Know How to Love Him.

The sheer quantity of hit music that Lloyd Webber managed to cram into one, single album is quite astonishing. Heaven on Their Minds; Superstar, the big title song, and Gethsemane - that one is a real test for any singer. In a way that's also a lot of the appeal of Superstar's album - it's a showpiece for really great singers, if you can get them.

If you can actually just sing the notes on the page, that's already an incredibly impressive thing in Jesus Christ Superstar. It does so much of the work for you as a performer.

What do you love about this musical?

It's got a role in it for a really low bass, which means I get to be in a show that I wouldn't otherwise probably get to be in!

Beyond that, I just love how inventive it often is. Lloyd Webber often gets asked about the fact that Everything's Alright, a big song of the musical, is in five-four time, which is unusual. People go to him and say, 'what's the deep significance of the five-four irregular time-signature?' and he replies, 'I just wanted to see if I could write a rock song in five-four time!'

It's that young attitude of being a little bit rebellious, very innovative and just seeing how far you could push this music in the service of telling a really timeless story that I really love about Jesus Christ Superstar. It draws these incredible characters solely from the words and score of its rock music, which I really love.

Jesus Christ Superstar is on now until the 19th January. To find out more and book tickets, click here.