Nic Kyle is filling some very big shoes in Jesus Christ Superstar, playing the title role! Before he hit the stage, Nic took a moment to tell us about his history with this stunning musical - and what he loves about Andrew Lloyd Webber and Tim Rice's iconic hit.

How does it feel to be playing the title role in Jesus Christ Superstar? 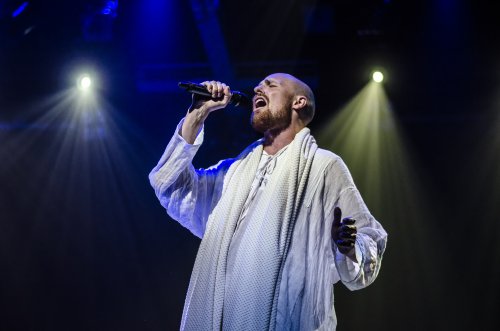 I’m very excited to be playing this role. It’s one of the most iconic and challenging roles in musical theatre and one that few people ever get the chance to take on.

What do you love about this musical?

It’s the show that put Lloyd Webber on the map! It’s raw and rough around the edges unlike many of the shinny, glittery musicals that are around today. I also think it’s some of his best writing. The music was written in the '70s and is still as powerful and moving as it was back then. I also love the fact that show is as much, if not more, about Judas’ struggle which creates an incredible dynamic in the show. Even though we all know how it ends... it’s the the relationships, the love and the betrayal that makes it so engaging and keeps it relevant.

Do you have any experience with Jesus Christ Superstar – such as a previous role?

I have been lucky enough to have had a couple of turns in Jesus Christ Superstar. I was fortunate enough to be asked to play Jesus for the first time down in Timaru in 2012 which is still one of my most treasured memories, however, my very first role after leaving high school and while I was in my first year at NASDA was in fact as Apostle number 12, Bartholomew, in Showbiz’s Jesus Christ Superstar back in 2005 with none other than Stephen Robertson and Richard Marrett at the helm! Unbelievable to think that nearly 12 years later we are all back together only this time I’ve moved up the Apostle ranks somewhat.

Your last show at The Court Theatre was in 2013, are you excited to be returning?

Yes! My last show in NZ before a shipping over to London was Grease at The Court, a very fun summer indeed! I am incredibly excited to be able to return to the Court for this show. Before the horrible events of February, 2011 The Court Theatre, as it was back in the Art’s Centre, felt very much like a second home to me and so I am really looking forward to being back not just in Christchurch but at The Court! 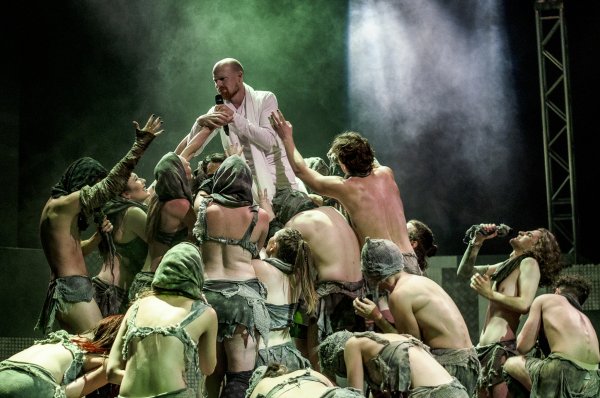 Why do you think audiences should come along to see Jesus Christ Superstar?

Having had the opportunity to live and work in the UK form a number of years I have come to realise that The Court Theatre puts on shows to a level that you would easily see any where in London. Christchurch is very lucky to have actors, musicians and theatre practitioners that are of an international standard. No production will better show off this rich talent than Jesus Christ Superstar. It’s a story we think we all know but as Judas says, “If you strip away, the myth from the Man, you will see...” well, people will have to book tickets to find out!

Jesus Christ Superstar is on now until the 19th January. To find out more and book your tickets, click here.