“How is it Athens’ water supply’s kept under lock and key, when they let their cows tread their muck through our creek?” – Aunty | Lysander’s Aunty 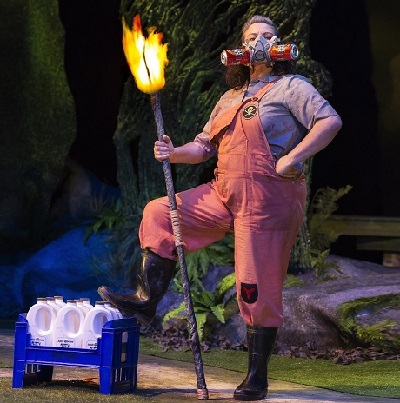 The state of the environment in Aotearoa is a topic often brought up in Lysander’s Aunty, offering Costume Designer Hayley Douglas a platform to take steps towards sustainable fashion in the performing arts industry.

“The idea for creating sustainable costumes was really clear, because there's quite a strong line through the play about the effects that we've created on our environment. So, I just thought let's go for it and do as much as we can on this show!”

The fashion industry is infamous for its harmful effects on the environment through Fast Fashion and its unethical treatment of workers. For Douglas, she hopes that people thinking of becoming fashion designers will think not only about their designs – but how they will be made.

“You need to think about what your work is going to do both environmentally and socially.” 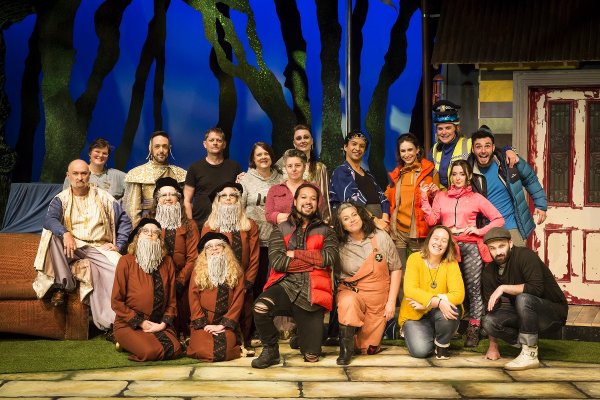 Douglas with the Lysander's Aunty team

For this production, Douglas worked hard to ensure her designs were as sustainable as possible. Most of the materials used in making the costumes were foraged from old costumes The Court had in storage or bought from second-hand shops. There were a few pieces that did need to be purchased new in order for the production to be authentic, which is where research came in handy, with Douglas using the 2019 Ethical Fashion Guide by Tearfund to choose ethical companies to buy from.

“It's not worth the being cheap about it, when you know that other people's lives and environments are at risk.” 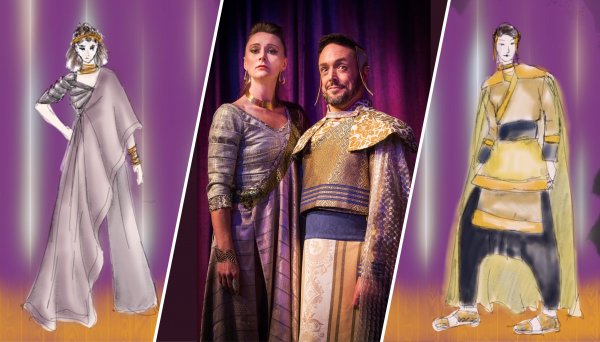 Costumes for Hippolyta and Theseus

She believes that theatres can pave the way for sustainability in the performing arts industry and hopes that companies will pick up the fight.

“Theatre is at the forefront of creating the world that we envision. It’s something that should become important for all theatre practitioners and, ideally, all Performing Arts, including film. It would be amazing if we could all head in this direction.”

We reckon Aunty would say ka pai to that!