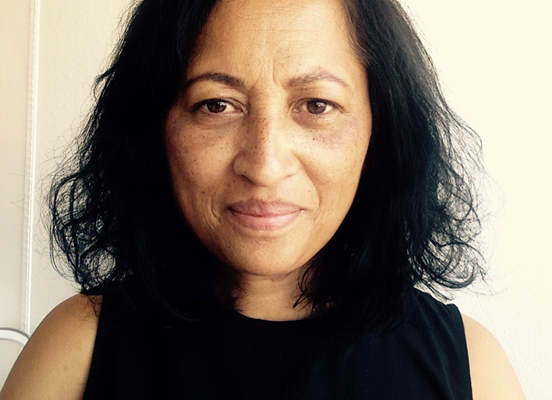 Nancy Brunning has been working in professional theatre since 1992, having acted, directed and written plays throughout the country. This October she is directing the brand new Kiwi play Astroman, beginning its run at The Court from the 27th October. In this exclusive Q&A, Nancy discusses what's special about Astroman - and why she loves New Zealand theatre.

What is Astroman about?

It’s about a young Māori boy genius, whose coming of age is influenced by the '80s promise of bigger, bolder and louder; science fiction and technology. He has a vision of the world that is streaks ahead of the big-small town intelligence of Whakatāne and tries to manage his boredom with getting into trouble, imagining Donkey Kong battles and avoiding an ass-kicking from Mick Jones, the Pākehā wannabe Michael Jackson. Rescued from a pummeling by Mr Macrae, the grumpy Scotsman and owner of the Astrocade, the second best place in Whakatāne aside from the bronze statue of ancestor Wairaka; Jimmy is paired up with Macrae by his mother Michelle in an effort to right his wrongs and access some male guidance.

What’s exciting about this play?

Revisiting my youth through the script. It was an exciting time where anything was possible. I’m looking forward to exploring that energy on stage with the design team and actors. It’s a story with big highs and lows with a nice balance of good old fashioned kiwi conservatism and slight leaning towards the quirky.

What is your vision for this production?

Lots of energy, Māori humour, honesty, and the chance to pay homage to the '70s and '80s ‘Kiwi give it a go’ attitude.

Astroman has a distinctly Māori identity. Why do you think that storytelling is important in theatre?

It's a Kiwi identity driven by a distinctly Māori experience – that kind of nuance is what makes storytelling in theatre so important.

The play is firmly rooted in the 1980s. How are you planning on bringing the '80s back to life here at The Court?

It’s all in the attitude, whether you are designing, or acting  or directing… everyone back then could see the future. There was no right or wrong in that vision…it was just…the FUTUUURE.

Can you talk a little bit about the cast for the play?

I’m excited to bring together our cast for this show. I have brought together actors who haven’t worked on stage together, so there will be an uncertainty and excitement for us to feed off – I can’t wait!

We have a little bit of Auckland, a little bit of Wellington and a lot of Christchurch in there. I wanted there to be some connection for us all to Christchurch in some way, even with the design team, so we have Tola Newbery who is my cousin and raised in Christchurch taking on the lead role of Jimmy Te Rehua. The Court wanted Tola from the get go, so it wasn’t nepotism – but of course I supported it - and the casting needed to be built around Tola. We cast Matt Chamberlain (Shortland Street) - his family are Southerners and he will be traveling down from Auckland to play Mr Macrae. Scotty Cotter, an amazing actor from Auckland, will take on the role of Sonny, Jimmy’s twin brother. I’m a bit worried about that combination – those two together will make me want to turn into my kuia and chase them around the rehearsal room with my slipper, I’m sure!

Their suffering older sister Natalie will be played by newcomer Ocean Jones who I am very excited to cast in this role. She’s got the attitude to put her two younger siblings in their place. We will be receiving Ms Tanea Heke, who will be joining us to play Michelle Te Rehua, solo mum of these three adolescents. Tanea was seen recently in the acclaimed film Waru for her role as the multi-tasking queen of the wharekai – Charm. Our most misunderstood and king of pop wannabe Mick Jones will be played by Christchurch local Tom Eason and last (but definitely not least) The Biggest, Juanita Hepi, will bring a little bit of class, sass and quirk to her role of Mrs Mahara.

Kai Tahu will also be represented during this production of Astroman. Juanita Hepi of Kai Tahu descent will be joined by Amy MacCaskill who will be designing costumes along with Sheree Waitoa and Maarire Brunning-Kouka (connected to Kai Tahu through their Ngāti Porou whakapapa) who will both be designing sound.

On our tāne design team are all Christchurch based, we have Nigel Kerr designing the set for us, Stuart Lloyd-Harris who we are fortunate enough to work with on AV design and Giles Tanner designing lights. I’m pretty excited to be working on the concept of the world of Astroman with these three artists.

Why should people come and see Astroman?

Theatre is a reflection of our courage, our fears and our hopes and desires. We choose to leave our homes to watch theatre because we feel strong enough to be vulnerable with a whole bunch of strangers – in a safe environment. Astroman is all about vulnerability and fear and courage and desires. It’s the perfect story for anyone unfamiliar with Māori storytelling, video arcades, the '80s…you will learn a lot. Especially about how to play Pac Man, Defender and Donkey Kong!

What made you want to direct this play?

The era, the memories… Albert Belz, the playwright, talked about the arcade environment and where you fit in it if your frequented the space as a youth. It was like a low-key divergent, where people were divided into distinct factions based on their skill base.

You were either a gamer, a supporter (who had money to give to your mate who was the gamer), a break-dancer, a hanger rounder, or a Jukebox DJ. I always hung around the jukebox, playing the latest releases because the speakers on the jukebox could pump out massive sound.

Like all of Albert’s plays, on the surface there is fun and cheek, but there’s always a deeper current running underneath.

Why are you passionate about New Zealand theatre?

It’s the only space in the world that we can explore ourselves authentically, we can have control of your stories and the way we tell it, it’s a conversation between you on stage and the audience. It's two sided, its communication. You choose to be in the same room with complete strangers in the dark and decide to agree, disagree, love, hate, laugh, cry; you are vulnerable for 90 mins or more with people you don’t necessarily know and its safe. Most importantly, theatre can speak on behalf of the voiceless and have a conversation with them afterwards. Its live – to keep us alive.

Astroman will be running for a limited two-week season at The Court Theatre, from the 27th October – 10 November. To find out more and buy tickets, click here.

A uniquely Kiwi coming of age story, Astroman is full of comedy, heart and a giant dollop of ‘80s nostalgia.