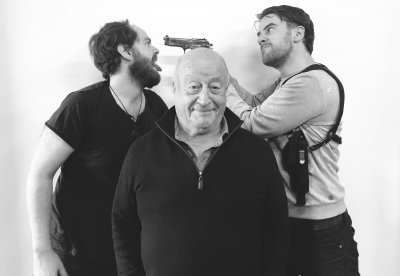 Joe Musaphia has a long history in New Zealand Arts. From working with contemporary Roger Hall on early Kiwi television scripts, to novel writing, to Kiwi theatre, he's almost done it all. This month his new play, The Sexiest Man in the World, will be debuting at The Court Theatre as part of the Fresh Ink reading series.

Your first play, Free, was produced in 1960 – how have you seen the theatre industry change since then?

When I wrote Free in 1960 I can remember only Bruce Mason as a ‘working’ playwright. Now there must be well over a hundred. And they’re still coming!

What do you love about New Zealand theatre?

In the 1960s most local productions were overseas plays. These days the NZ theatre scene feels like it should feel – ‘ours.’

Who do you think the real sexiest man in the world is?

Me. Until I look in a mirror

What motivated you to write this play?

What motivated me to write the play was titles such as ‘The sexiest man in the world,’ or, ‘The most beautiful woman in the world.’ They are surely preposterous. I remember a Dustin Hoffman interview. He said if he passes a newsstand and sees a magazine cover announcing ‘The ten sexiest men in the world,’ he has to buy it to see if he’s listed. The other side of this is to read biographies of celebrities who have to ‘fight off’ women infatuated with them. I have tried to cover both sides in my play.

What was the most challenging part of writing The Sexiest Man in the World?

I didn’t find writing The Sexiest Man in the World a ‘challenge.’ Though the central character has problems, the play was ‘fun’ to write. I hope it’s ‘fun’ to see.

What do you hope audiences will take away with them after hearing the reading?

I like to think that initially they have a good laugh, then later think about it.

Quite simply to see if the play ‘works.’

The Sexiest Man in the World is the final play in the Fresh Ink series, performed on the 27th May at 4pm. To learn more and to buy tickets, click here.