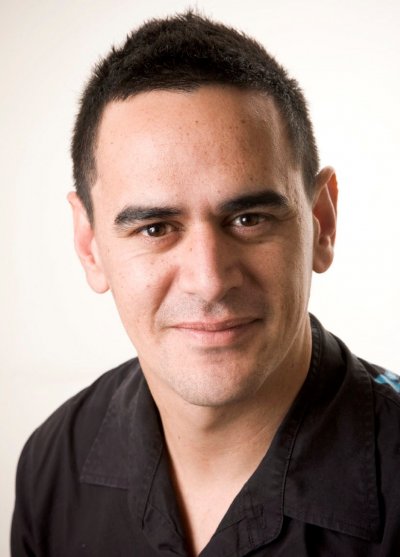 Jamie McCaskill is the writer of The Biggest, a Kiwi comedy making a splash at The Court this June. Focused on friendship, loyalty and fishing, McCaskill took a moment to talk about the play - and what his biggest ever catch was...

What was your inspiration for The Biggest?

My inspiration for this came from working in a local pub in Thames for a year and listening to all the conversations between the local blokes who were in there every day without fail. I was particularly interested in how Māori and Pakeha interacted, which is different in rural areas to how we interact in cities. Thames is a huge fishing town so I thought a fishing competition was a good setting to pile all of their conversations into. I wanted to write a play about raw rural men and try and find the beauty under their rugged exterior.

Where did the characters in the play (five kiwi blokes and one of their fed-up daughters) come from?

What’s the appeal of small town New Zealand for you – and why do you think it’s important to write about?

I think it’s really important to get an appreciation of rural life which is so rich. It's easy to pass judgment and make general observations about rural life so I thought it important to bring this world to life and present it to a mostly urban audience. I think we all need to appreciate all aspects of life in Aotearoa.

Why focus on fishing?

Thames, where I worked, is a fishing town. Everyone does it. And the premise of rural men trying to win a fishing competition to win their mate a boat seemed like the best one to use and it gave me so many situations to put the characters in that audiences can relate to.

The play has a lot to say about identity – particularly Māori identity. Why is that conversation important to you?

I think it's really important because we still don't fully understand the Māori culture and our how we should value each other’s culture in this country. Hopefully The Biggest can create conversation that doesn't point fingers but makes us realise that values to Māori culture can be inclusive and is not there to alienate non- Māori. It's just a way we are and a way we were.

I'd have to say Pat. He's sweet and a little tragic but he's loveable and plays a vital role within the men's dynamic.

What was your ‘Biggest’ ever catch?

A massive kingfish at the Three Kings, north of Cape Reinga

What do you think is the most important message in The Biggest?

That Māori and Pakeha relationships don't have to be so strained or unspoken and so PC. The way the characters interact in this play is a heightened reality of rural NZ, but if we can just be ourselves and appreciate who we are and to also appreciate how other people are, I feel like the play will have done its job.

What do you hope audiences will take away with them?

Hopefully a good laugh and to be empowered about being a New Zealander.

The Biggest opens at The Court Theatre on 16 June. To learn more and book tickets click here.

The Biggest - On Sale Now