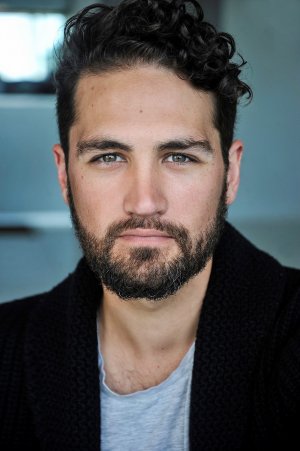 Hedwig is known as being one of the toughest roles in musical theatre history, a challenge that actor Adam Rennie has taken on for our stunning season of Hedwig and the Angry Inch. Before hitting the stage as this glam-rock diva, Adam sat down to answer a few of our burning questions around this spectacular musical.

What does playing Hedwig mean to you?

There are very few roles which demand so much from an actor. It is a 90 minute marathon and there is nowhere to hide. With all that work comes the opportunity to sing some of the best songs ever written and to share a message and story that feels so important to me. Hedwig is such a movement of a show because it hits all the fireworks you expect from a musical, but sneaks in questions that speak right to the heart of being a human. There is nothing else like it & I feel an incredible responsibility to do her justice.

What do you love about this sensational musical?

What I find most striking about Hedwig is how relatable she is. The show is a high octane, rock concert, lead by a punk rock goddess who has had a botched sex change operation, but you also get to spend a very raw evening with a human who is craving connection. Through all the humour and bravado you fall in love with her. You want to see her win. The explosion of empathy for a character so unlike the audience is what I love the most.

Hedwig is one of the most complicated musical theatre characters in history... how are you preparing for your role?

I have been reading the play over and over for months, getting in her head and working out what drives her. I’ve switched my subway listening to punk rock and iconic rockers' concerts. I fall asleep watching documentaries about anything that can help bridge the gap between my experience and hers.

Then there is the mechanics. Accent and dialect coaching, makeup trials, getting my body ready to stomp around in heels again and memorization.

It is safe to say this is the hardest I’ve had to work before day one of rehearsals - and I am loving every second of it. 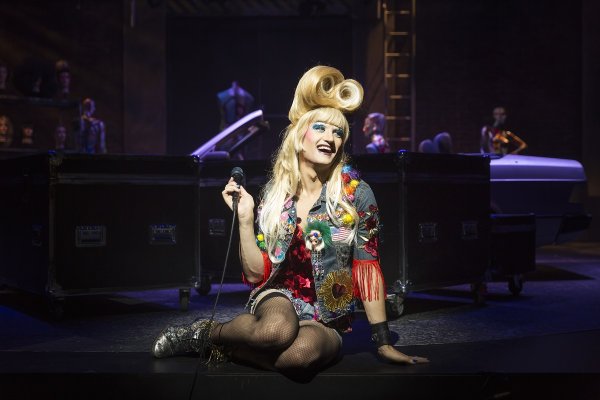 What do you think Hedwig has to say – and what do you want to say through her?

I think her main message is one that she is struggling and fighting to find throughout the show. The idea that we are already complete. We don’t have to ask anyone for permission to love all of who we are. “Breath feel love, give free, know in your soul... know that you’re whole.”

For me, if people leave the theatre thinking about how different & strange a character Hedwig is - even if they love her - I haven’t done my job. I want the audience to see how much they have in common with her and see themselves underneath the glitter and makeup.

In 2018 you saved the day by taking on the role of Frank N Furter in the Australian tour of The Rocky Horror Show. What was that experience like?

I have two main takeaways from that entire experience, the first being how supportive and loving the cast and crew were to each other during that time - we were a family. In my first performance as Frank, I could feel every cell of every person in that theatre embracing and trusting me.

The second was all my interactions at the stage door and realising how important it was for people to see an openly queer man live in that role. Everyone has a fun time at Rocky Horror, but for some people (and I count myself as one of them) it is vital to see someone so unashamed in their queerness being celebrated and standing in strength. Not just the character, but the actor. I will never forget seeing iOTA as Frank N Furter and realising I didn’t have to hide. It was my chance to pay it forward to the next person who needed it.

...Am I allowed to say Hedwig?

Hedwig and the Angry Inch is on now. You can learn more and book your tickets here.