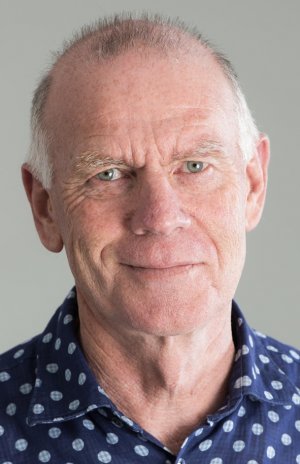 Writer Gary Henderson, known for plays Skin Tight; Home Land and Shepherd, is back with a new drama stretching across the reaches of time and radio frequencies in The Breath of Silence. Closing our Fresh Ink rehearsed reading series, Henderson sat down to talk about the piece, his inspiration and the state of New Zealand theatre before the play's (free!) reading on the 30th June.

What inspired The Breath of Silence?

It was ignited by an invitation from The Court to write something, which started me revisiting some ideas that had been simmering quietly on the back burner for a long time. One was a movie idea where I imagined a woman living in the Warkworth satellite station, scanning the sky for extra-terrestrial intelligence. I used to imagine how that might go on screen while listening to a couple of songs by Heather Nova - Maybe an Angel and Doubled Up off the album Oyster.

I’d also had an idea I’d called The Listening Post about a room where a group of people eavesdropped on electronic communications. My one-liner for it reads: an interior drama between the people working there and an exterior drama involving the unseen people whose communications we hear.

Finally, there are two pictures I have. One is a photo taken on the lonesome summit road on Banks peninsula showing a line of poles strung with wires descending towards the harbour. The other is a print of a line of telephone poles carrying their thin wires across a river flat at Bealey, dwarfed by the mountains behind. It made me think of our determination to talk to each other across vast distances.

These three images started to connect, and echoes and coincidences started to emerge and I just kind of followed them to see what could be unearthed.

With The Breath of Silence set across three different eras, how do you put yourself in the mindset of immigrants in the 1850s, codebreakers in the 1950s and radio astronomers in the present day?

I think the main thing is to create an authentic, credible world for each story. Most of this is research. All the technical and historical references in the script are accurate. Once the worlds are in place you have to populate them with authentic, credible characters. I don’t think human motivation or conflict or emotion changes much over the generations. The experiences of jealousy, betrayal, grief, joy, passion and so on are probably the same as they always were. I’ve just tried to depict people behaving - including speaking - according to whatever conflict they’re struggling with, or whatever duel they’re engaged in at each moment. I’ve also tried to give people action - including speech - which seems to fit both the time they’re living in and their own unique, idiosyncratic nature. There’s no magic to it but when it works it looks like there is. 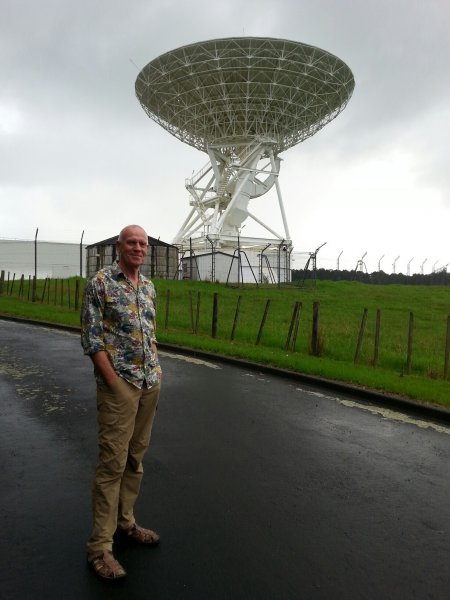 You’ve been writing plays since the 1980s - what’s changed in that time?

I think a big change I’ve observed in New Zealand theatre has been an increase in the number of smaller, professional venues accessible to new theatre-makers, matched by a similar increase in theatre arts courses at tertiary level. There’s a richer culture of making theatre arts a serious life choice. Bats in Wellington and The Basement in Auckland are the vanguard of the small-space venues, and they both have even smaller venues attached. Bigger companies often have their mainstage and a smaller venue like Circa’s “Circa 2” and Centrepoint’s “The Dark Room,” and Q Theatre’s Loft, Vault and Cellar. Fortune had the Studio. Other companies have a regular project or production stream that’s a bit more accessible and experimental than their mainbill programme, like ATC’s “Here and Now” or The Court Theatre’s “The Forge.” To make more good theatre, you first have to make more theatre.

I want to hear the script read by a group of good actors who have rehearsed and tested it with a good director so I can make some judgements about how to make it better. I will also have some specific questions for the audience at the reading. After that I’ll be interested in having the audience interrogate the script and my decisions as the writer.

Why do you think New Zealand Theatre is important?

If we do it well it can make people feel better. It can even make them better people. All of that can have knock-on effects, but you never know and you can’t measure it. Theatre is important as a human activity that does good in the world, but no more important than any other. Let’s keep it in perspective. Most New Zealanders have never been to the theatre and couldn’t name a New Zealand theatre work or a New Zealand theatre maker. Everyone’s got their own thing, and if it enriches them and other people they encounter that’s good enough. Theatre is a thing for some of us, and it’s up to us, the theatre community, makers and audience equally, to raise the bar on ourselves, to hold ourselves to account - to make better, more powerful, more enriching, more relevant world-changing theatre.

Gary Henderson's new play, The Breath of Silence, will be performed in a rehearsed reading on Sunday 30th June at 4pm. All tickets are free, but you must reserve your seats!