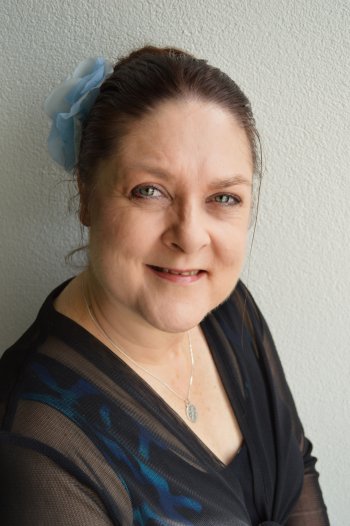 Costume Designer Deborah Moor discuses the challenges of designing costumes, her inspiration for Easy Money and her favourite piece of costume design after 18 years of working at The Court.

What does your job involve as the Costume Designer for Easy Money?

The first thing that comes to mind is shopping – and lots of it! Initially, of course, there is reading the script and talking to Ross (the director) and the actors. Working closely with both of them to get the best outcome for the play is key. This is a modern play requiring everything to be modern and stylish.

What inspired your design for the costumes?

Part of the process for me this play was to dissect each character one by one and decide where they would live. This sounds a little ‘off brief’ but it helped me decide on a style for each character and find a colour palate to go with the script. I also had to take into consideration all the very fast costume changes. On top of all this is the wealth of the characters depicted. Overall it was a very challenging brief!

How have you signified the differences between the characters – and their status– through costume?

Part of differentiating the characters is through giving each one a different colour palate. Sometimes this is a direct response to a character’s personality or job, wealth, status, emotional state, season, or seasonal colour palate currently in fashion.

Director Ross Gumbley described the characters as looking like they have stepped out of The Real Housewives of Auckland. How did you achieve that?

I had to shop very carefully to achieve an expensive, current and up to date look on a minimal budget. There are ten characters with between three and nine costume changes each, because of the movement of time. This was a challenge to say the least!

Which character was your favourite to design for?

That’s really hard to choose because each character and actor have been fun to design for in a different way. Luanne’s character is very modern and stylish. With Roy’s character I have limited myself to a blue colour palate. All of the others I have tried to keep a different style so they stand out individually.

Have there been any challenges in the costume design for this show?

There are always challenges, some you relish and some you don’t. Mostly I would say the challenge of learning or trying something new, like a new artistic direction you haven’t tried before. I like to push my own boundaries and learn new things each time I design or work on a play. You never stop learning in this job, that’s the fun of doing it!

You’ve worked for The Court Theatre since 2000 on over 150 shows. Do you have an all-time favourite piece of costume design?

That’s very hard to answer as you have plays and designs you love for different reasons. Some of the stand outs for me would be My Fair Lady because of the amazing costume designs and hats I worked on with designer Pamela Maling and working on various period plays with Allan Lees over the years. Mary Poppins and Chicago with Stephen Robertson, A Midsummer Night’s Dream with Joel Ebarb, The Diary of Anne Frank, Kiss Me Kate, South Pacific, all the children’s shows I’ve worked on and, of course, Glorious, in film noir style was all fantastic. Working on Puff the Magic Dragon was a very big personal achievement in that I made a large puppet, teaching and challenging myself to learn new skills. There’s so many on the list so it’s hard to define a favourite!