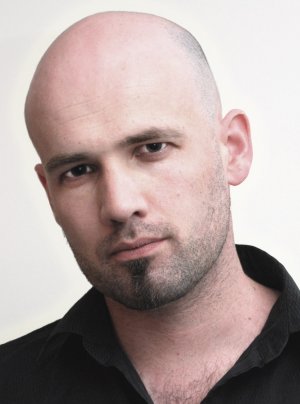 Dan Bain discusses his inspiration for A Paintbox of Clowns, how his clowning history influenced the play and why this silent show is the most exciting thing youcan bring the kids to during the school holidays.

How have you made a silent show exciting for kids?

There’s a long tradition of silent clowning, but the reason I did it was that I spent a lot of time being in kids shows - probably about a dozen of them – and I just noticed that physical business (people falling over, building stuff, carrying things or trying to find stuff) just carried and held audiences as well - if not better - than verbal jokes.

There’s a long history at this theatre of kids shows being made by people who are very verbally clever – so they’ve always succeeded really well at that back and forth kind of banter. But I don’t know if kids are that into that, or if all kids are into that, or if for the age range that we often have, that it’s the most successful mode for them. But anyone can appreciate someone falling over in a funny way. In terms of making it interesting, I think watching people do things is interesting and when they’re silly people that’s good too.

The thing I love about this show is it’s one of the few situations where, as a four-year-old, as a five-year-old, as a six-year-old, you’re smarter than the performers. The characters are so stupid that the show is designed for the audience to get ahead of them. The audience knows what they should do and it just drives them crazy, shouting at them. I kind of bill it as a silent show for loud children because the characters are silent, but everything about it is designed to activate the audience into just shouting stuff out - that’s how it’s exciting. Also, there are surprising things in it, which come from silly or stupid or naive characters problem-solving in an unusual way.

Can you talk a little bit about the clowns and their personality traits?

There are three characters: Red, Blue and Green. Red is the brave one, the leader, the instigator of things and the most physical. He is the brawn. Blue is empathetic, caring and the “smartest” – I’d put that in very big quotes... She is the brain. And then green is afraid, the one that is weirdest… and hungry. Green is the stomach.

The three of them are these archetypes of ‘where does your thinking come from’. Does it come from your gut, your head or your heart? They’re effectively a trio. There are times in the show where they work solo and it’s much less successful – so a lot of it is about them combining those three attributes together and working as a team.

How has your background in clowning influenced the show?

I trained at CircoArts, the New Zealand Circus School, before it was made redundant by a geological event… I did two years there. In my first year I worked as a clown major and in my second I minored as a clown, emphasis on silent clown. One of my tutors was Sam Wills (Tape Face) and I just always bought those skills to my own performance practise as an improviser or as a kids’ show actor. There was always an element of clowning technique to that.

A whole lot of people from the theatre went to Slava’s Snowshow in 2010 at the Christchurch Arts Festival and there was a lot of buzz in the theatre about silent clowning. And I thought, ‘oh well if people are interested in this, I’ll just go write a silent clown show’. And I did. I directed it, too, and that was the start of all my directing here – that was my first gig.

That’s always the question I ask myself before doing any of these: how does the audience participate in it?

Is there a message for kids to take away in A Paintbox of Clowns?

I don’t think there is in a really blatant way. There is stuff around teamwork and around imaginative and creative thinking, but kids don’t need to be taught about that stuff – they understand it inherently. It’s adults that don’t know about that…

The cool thing about watching this show as a kid is that experience of knowing the right thing to do first and being empowered to be the smart one in the relationship. In so many shows for kids the show is the teacher and the show is in charge - the show is cleverer than the audience. So, I think it’s funny that the show is so stupid and doesn’t know what to do – the audience have to be the clever ones.

Successful clowning relies on empathy – and this show is so much about the interactive nature between the audience and the performers. So, we’ll just be extra aware of where people are at in that show. We never look for people to play who don’t want to play, but people will be into it. We’ll take some of the volumes down - I’ve done a few of these relaxed performances now and I don’t think we’ll need to change much. It’ll just be about the performers being a bit more mindful, but I don’t think there will be anything hugely different. It’ll just be an opportunity for everyone in the audience to all be on the same page as to where everyone else in the room is at.

Theatre is for everyone and you’ll never get the experience that you’ll get from this show from the television – it’d be a bummer if you couldn’t have that experience just because you’re not good with crowds or whatever. So, these relaxed performances are really important.

This is a good show particularly for people with learning difficulties, because it’s not verbal; there’s no need to track difficult plot. The show is what you see – there’s nothing else to it. So, it’s very simple in that respect and I think it’ll go over well for that kind of audience.

To find out more about A Paintbox of Clowns and to buy tickets, click here

The Court Theatre Education Programme is packed full of exciting opportunities to engage, participate, and have fun.