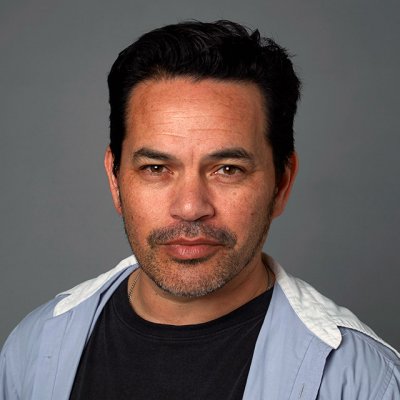 The process of writing Astroman has been a bit of a roller-coaster for playwright Albert Belz. While here at The Court Hemi Te Rehua will be busting a move like Karate Kid, across the Tasman at the Melbourne Theatre Company Jiembra Djalu will be doing the very same thing in an Australian version of this brand-new story. Before the play opened, Belz sat down to tell us all about the journey of how Astroman came to life.

Where did the inspiration for Astroman come from?

Inspiration for Astroman came from the rose-tinted glasses of my childhood growing up and holidaying in Whakatāne in the early 1980's. I wanted to write a love-letter to the 1980's, Astroman was the result.

What was the writing process for the play like?

it's been a bit of a roller-coaster. i wrote quite a detailed story-outline (as I normally do) before approaching the 1st draft. But then my partner and I moved to Australia so I put the piece down for a bit. After a year or so I picked it back up, but decided to write an Aussie version of the piece (because, y'know - when in Rome). This version won a competition that I put it into in Oz, so I was soon on my way to Sydney to workshop it with an Indigenous Australian mob. The result was presented at the Australian Playwrights festival in Adelaide and garnered quite a bit of interest from various theatre companies, including Melbourne Theatre Company. But after 2 years they hadn't picked it up. i was back in NZ and completed the Kiwi version. Which The Court in their infinite wisdom picked up. Soon after that, MTC came back and said they wanted it too. Et Voila!

Two hours after us the Melbourne Theatre Company will be debuting their own version of Astroman, following an indigenous Australian boy, Jimmy Djalu, instead of Jimmy Te Rehua. What are the differences between the Kiwi and Aussie versions of Astroman?

There are some obvious differences in the ethnicity and related dialogue. but the themes it covers are the same and the indigenous urban 'experience' of the day is quite similar. But it's also very much a family story and whānau is universal.

Astroman was one of the readings in the 2017 Fresh Ink readings here at The Court. How has the play changed since that performance?

Not hugely, some minor dialogue changes here and there, but the piece was in a very healthy state when The Court started working on it.

There's so much to love about the infinite platter of cheese that was the '80s. What I loved most about it was the mid-'80s where the piece is set. NZ was just coming out of this horrible 'Tory Muldoon era and there was a real sense of optimism and confidence that anything was now possible. Communism and apartheid were crumbling, the colours were getting brighter, the music bouncier, the action movies more explosive... Good times. I hope this optimism and enthusiasm about the future that was gonna be the '90s translates off the page.

The play has a distinct Kiwi personality – and a Māori one at that - what do you love about New Zealand theatre?

What I love about theatre in Aotearoa most at the moment is the new and diverse young voices demanding to be heard and making their stand upon the stage. I see this very much in Auckland at Te Pou Theatre and MIT where I work, where these voices energise and challenge what I do on a daily basis. I can literally see the audiences changing before my eyes as theatre and slam-poetry reflect these evolving audiences, and what they want to experience better than any other art-form.

Do you have a favourite video game?

I had a few favourite video games of the day. Star Wars, Gauntlet and Ikari Warriors topping the list!

A uniquely Kiwi coming of age story, Astroman is full of comedy, heart and a giant dollop of ‘80s nostalgia.