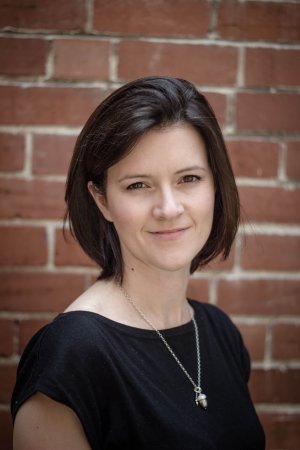 What appealed to you about this story?

The fantastic women who are as hilarious as they are heart-breaking. Roles like these are sadly all too rare. All four women in the play have these incredibly moving stories and for a play that is set in 1880s America, they feel weirdly modern and identifiable. Sarah Ruhl’s writing is spectacular in that sense – smashing the patriarchy from a 19th Century living room!

On a lighter note I love that we get to have these amazing, beautiful stunning costumes and this gorgeous set – because it’s a fantastically good-looking period. They’re all complete babes!

I think audiences will go ‘Ok, they were going through this way back then, but… wow - actually - we haven’t necessarily moved on too much in some cases…’

Timing is incredibly important to this play, with things specifically happening simultaneously in the living room and the operating theatre. How are you managing that, as the director?

In the simplest sense, the operating theatre is his space and the living room is hers.

The doctor’s surgery is the husband’s domain and that’s why his wife, Catherine, is locked out. It’s as much what happens in the living room, which is her domain while he’s busy at work, as it is what happens in the surgery – hence the title, In the Next Room. She’s carrying on her whole life in the living room, while he’s carrying on his work in the other room. That disconnect between the two rooms is symbolic of that disconnect between the husband and the wife - and the door, in between them, being shut a lot of the time.

She’s not sitting around waiting for him quietly… She’s carrying on her whole life and creating relationships and connections with people in her domain as well as him.

This play explores themes such as gender roles, intimacy, faith and the dawn of a new world where electricity will change everything. With those things in mind, what do you think the most important message of this play is?

One of the reasons I love this play is there’s so much in it – as you’ve listed – and everyone will take away something different that is relevant to them.

The big one is communication and how communication creates empowerment. If people are talking with their loved ones honestly and openly they will both feel more in control of their relationship. If they’re shut off then people feel disempowered.

The women in the play spend a lot of time talking together, very bravely and openly, and that is where they get a lot of their power from. They are empowered by talking with each other and sharing their knowledge and thoughts together.

I think everyone will take away something very different from this play– whether it’s in terms of women’s liberation or whether it’s about relationships between husband and wife, boredom, the role of motherhood and family life, or what’s hidden behind closed doors– what’s allowed and what’s not – and what’s revealed.

There’s a looming sense of what a woman ought to be that hangs over the characters in this play. Do you think that’s still relevant?

Absolutely. In the last few years since the play was written (it premiered in 2009) it’s become even more relevant. You’re talking about women not being able to speak up for themselves – it’s the patriarchal society. This play is a very strong example of a patriarchal society and women trying to navigate that.

That sense is still clearly apparent in things like the Harvey Weinstein sexual abuse allegations - of women not feeling like they can speak up. The power of women getting together and supporting each other is incredibly relevant too, as well as the beauty of a relationship when you do talk to each other and open yourself to each other. That’s way more powerful and way more fulfilling for everyone involved.

When I read this play I am reminded of women in our society like Emily Writes, Constance Hall and Clementine Ford who have said, “hang on, if we get together and support each other, women can make a huge difference”.

The struggles the characters have with motherhood are still hugely relevant today. Particularly the isolation and the expectation to provide everything for everyone. Being a mother myself, I see that the internet is full of women talking to each other saying ‘how do I do this; this is too hard; I don’t feel supported by society, and I feel so isolated’. I think that isolation of women is something that is absolutely still relevant today, even though we’re so connected through technology. Nothing beats face to face contact. We’re not expected to want that or ask for that, but mothers in particular still feel so isolated at home with their baby, because they’re expected to do it all themselves.