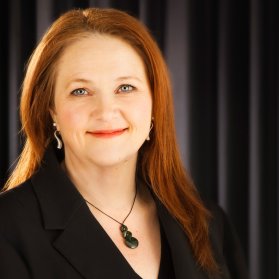 Barbara George, who has extensive experience in the arts, will start on October 29 as the new chief executive for the Court Theatre.

Ms George is presently chief executive of the Western Institute of Technology at Taranaki (WITT).

Court Theatre Trust Chair, Steven van der Pol said, “We are thrilled to attract a chief executive of Barbara’s calibre to the role. This is an exciting time in the history of The Court Theatre as we plan our move back into the central city.

“As the Board, team and supporters begin to focus on realising their new home, back in the centre of the city, Barbara brings well-regarded skills and experience to complement the exceptional skills the Court Theatre staff already have.”

Barbara George says, "The Court Theatre is an incredible opportunity and the potential for the organisation is limitless.  The calibre of the team is exceptional and their 'can do', 'did do' and 'will do' spirit is compelling.”

The Court is the jewel in the performing arts crown in New Zealand, and sees audiences of more than 150,000 each year.

"My first impressions are great,” says Barbara George. “Everyone I've had the pleasure to meet has been dedicated and forward thinking - they wear their passion for The Court on their sleeves.

“Chief Executive roles, whatever the organisation, have a number of things in common but the most important aspect never changes – it’s the people,” she said.

"I am looking forward to being part of Christchurch's future, connecting The Court with New Zealand and the world, and being part of a team which is rolling up its sleeves to ensure we open our new home in the city in four years’ time,” says Barbara George.

Ms George began her career as Executive Secretary of the Auckland Philharmonia off the back of a Bachelor of Music and an OE that took her to London and New Delhi.  She quite literally worked her way up and around the globe spending valuable time leading the Canberra Symphony in Australia and the Bellevue Philharmonic in Seattle.

She also served as head of marketing and communications at the NZSO.

She is soon to complete her five-year contract at WITT, having returned to her native Taranaki in 2013 from Australia where she was chief executive of the Adelaide Symphony Orchestra.