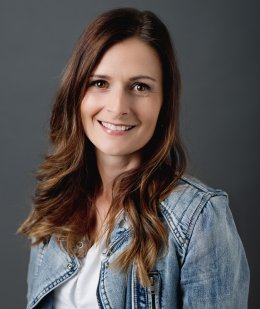 As we move towards opening night of Titus Andronicus, costume designer Tina Hutchison-Thomas took a moment to chat about her vision for the show, what it takes to design costumes for a production of this scale and how to deal with all that blood!

What does a costume designer’s role entail?

Anything an actor wears, I am responsible for. From initial ideas and from the first meeting with a director to drawing concepts, fabric sampling, discussing costumes with actors, hair, makeup, footwear, watching multiple rehearsals and everything in between. It is making sure every character on stage is a researched, thoughtful and considered decision. Sometimes it involves pattern making, dying fabric, cutting, fitting, sewing, altering and hand-finishing costumes too!

What is your concept and inspiration for the costumes?

Dan had originally given me a brief of how he saw the play and how he would like it to look, so I started pulling images and sketching ideas based on that information. This is my favourite part of my job, I love researching and gathering ideas together to form cohesive characters. It is also a great time to challenge myself with new techniques and products for costumes which I can use within the play. In Titus’ world we have The Romans and The Goths - two opposing cultures intertwined together in an often violent and chaotic way. Because of this, it clearly defined the characters for me. Light and dark was an obvious choice, but I wanted to add smaller soft details through fabric and trims, and then harder details like thermoplastics and leather to show their individual style and help create unique identities for the cast. Sitting and discussing ideas with the other creative team members also helps mould and develop the world of Titus Andronicus. I wanted to create a unique world that had only a subtle nod to roman clothing. Dan expressed an interest in the restrictive strapping of the Victorian area and so this also had a place in the final design. By modernising characters with asymmetrical style lines, I managed to create a cohesive look that is unique to the Titus Andronicus world.

Why is this production exciting to work on?

There are couple of reasons. Firstly, this is my first time working with Dan collaboratively on a play at The Court and I thought it would be great fun to work with him and new members of the creative team on a challenging play. Secondly, I get to create the costumes for the Titus Andronicus world, where the director and production team get to make the rules. I am only restrained by how much I can make and create by opening night! Shakespeare created quite an intense piece with Titus Andronicus, and I really enjoy the challenge of delving into his world and bringing his characters to life.

What’s the most challenging part of designing costumes?

For this play it’s the sheer volume of blood! But generally, when I design costumes they have to not only look pleasing to the eye, but the actor must feel comfortable enough to not worry about what they are wearing, and focus on all the other many aspects of acting.

How is costume used to show the differences between the Romans and the Goths?

Through colour, Rome is the light and the Goths are the Earth. Also, hard and soft details help with making characters unique. I like to give each actor their own special detail within their costume to help create a connection between actor and character. How will costume support Lavinia’s transformation? Again, through colour. We see her at the top of the play betrothed to Bassianus, so subtle golds to complement him while still wearing the Andronicus family colour of grey. As the play moves into more gruesome scenes, her clean fresh look takes a turn, with her blood covering a large majority of her costume. By the end of the play Lavinia is in dark sombre clothing around the neck and shoulders with a stark white dress to show herself in two contrasting worlds.

Where do you go for inspiration?

Firstly, I create a Pinterest board! I then research from my large library of reference books and when there are ideas or themes coming together, I will start online shopping for items I can buy for the show. Art galleries and museums are also helpful for inspiration. How do the design choices support the concept of order descending into chaos? Costumes start clean and eventually end up dirty and covered in blood. Thankfully I did a lot of ‘blood testing’ on fabrics before making anything, so all costumes are very washable!

Which character was the most fun to dress?

I like Tamora, just because of her transition from Queen of the Wild to her developing into a woman who has embraced her situation and power to transform into this almost divine-like presence.

How closely do you work with the director to develop the costume vision for the show?

It is crucial to listen to the director’s vision and ideas - you get a great amount of detail and reference ideas from where they want to take a show. It has been great working with Dan, as he has such a clear vision for Titus Andronicus. Weekly meetings, coming to fittings and chats in the hallway all help to make a show that looks cohesive and well collaborated. How long does the design process take? It really depends on how many characters and when the show is set. For example, Titus Andronicus has approximately 22 characters, and some have 3 or more changes during the play. I would spend anywhere from 5-15 hours per character.

What would be your dream costume design job?

I was fortunate enough to tick one of my dream jobs off last year. I designed a feature film in Christchurch set in the 1860s. It was the most challenging work I have done in my 20-year career. I still have many goals I want to achieve, and always look forward to my next big design job. Currently, I am at the early design stage for The World of Wearable Art, where I was a finalist after entering for the first-time last year. It was so much fun I want to do it again!