Costume designers Pam Jones and Pauline Laws had their work set out for them with a need to create a series of intricately detailed and layered costumes that looked the part, but could also be removed a little more easily than the reality of the time, for the sake of our actors and their costume change requirements.

We stepped into the costume department to talk to them about their designs, taking a sneak peek at their sketches and discussing each character, starting with leading lady, Catherine Givings. 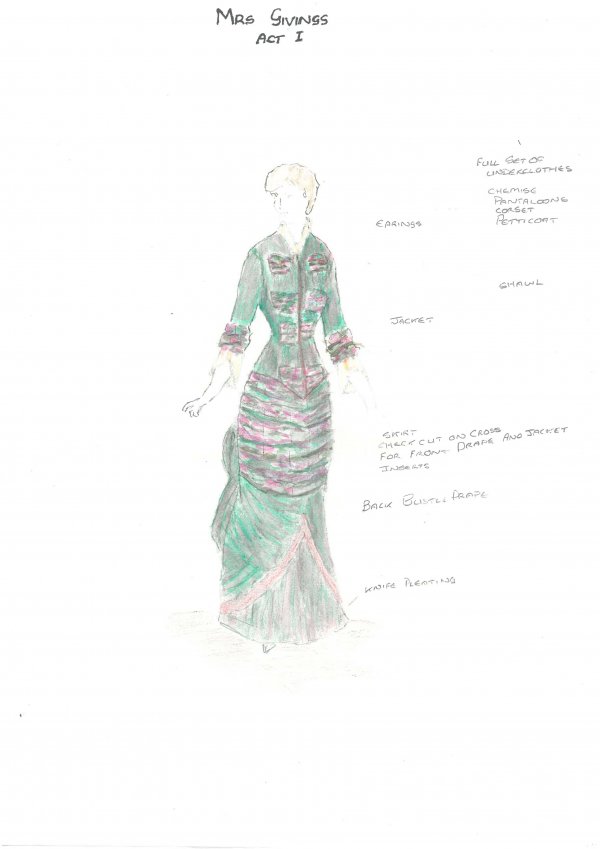 Catherine has two dresses, the first being a beautiful but restrictive number that is supported by a heavy amount of underclothes.

"In Act I we’ve got her quite uptight, but in pretty colours – she’s in the height of fashion. Her and Dr Givings live in a really up-to-the-minute house, because it’s got electricity, so her fashion is totally of the day."

Catherine's second dress is a little more open - with a slightly lower neckline, representing the changes her character experiences throughout the first and second acts of the play. 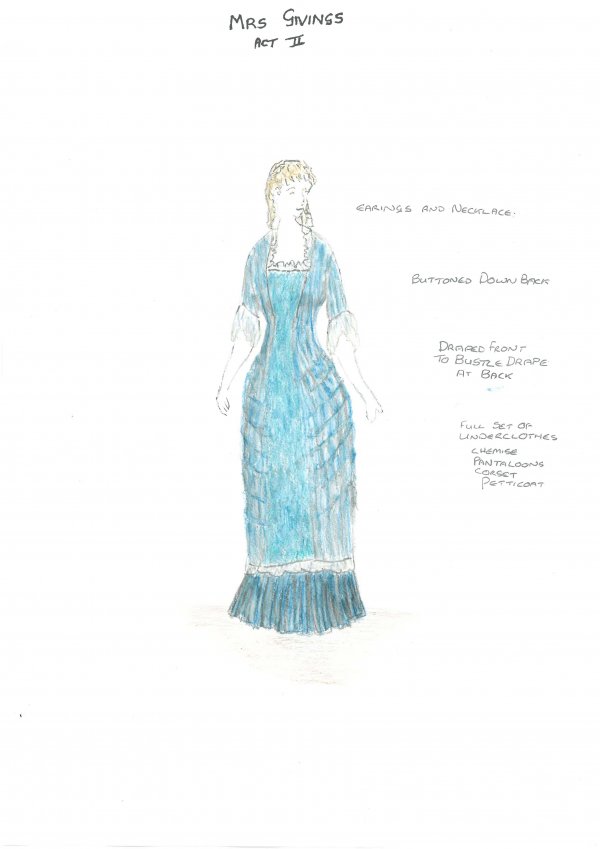 "It’s a period where everything is on the dress, from piping, to lace, to pleating – you name it, it’s on it. It’s a case of more is best for this period. The set’s like that as well – it’s just more, more, more!" 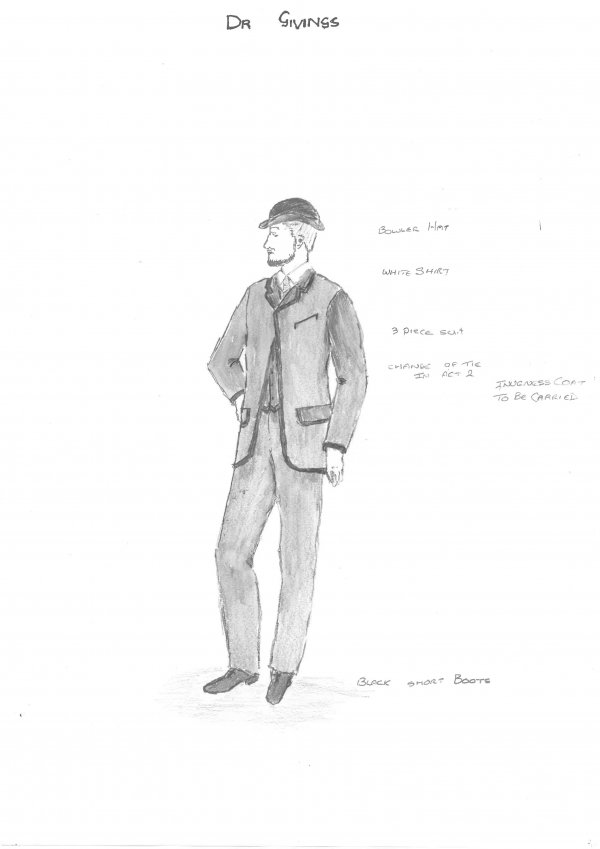 "Being a doctor in that period, he had to be in something dark. We've put him in a black on black pinstripe suit that he stays in throughout the play - until the end..."

Dr Givings' first patient is Mrs Daldry, bound tightly in a costume fit with a veil. 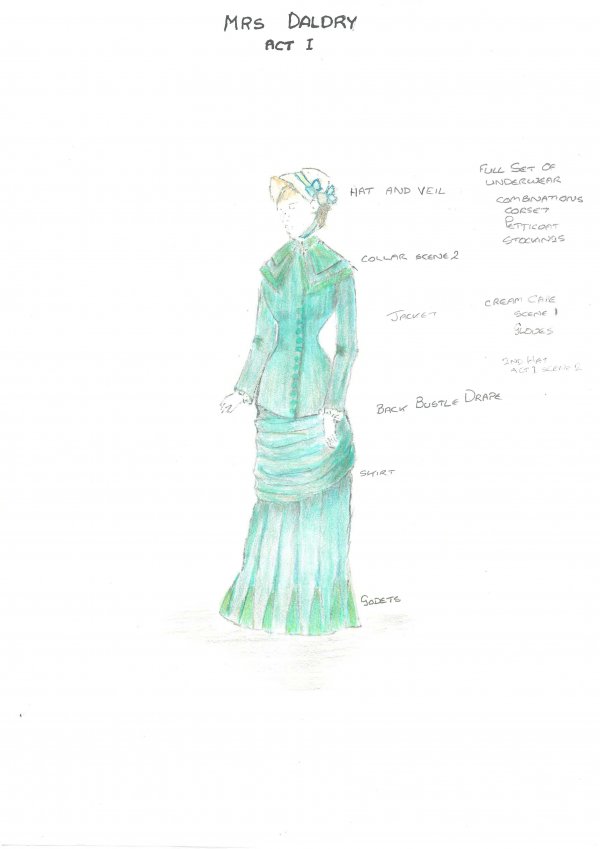 "In her first outfit she’s bound around the neck and has a veil over her eyes because she’s sensitive to the light. She keeps the hat and veil on right through into the surgery. Her colours are quite muted and pale – more so than the sketch shows. She’s very insipid, suffering hysteria majorly."

In Act II, however, after treatment has begun, she undergoes a change... 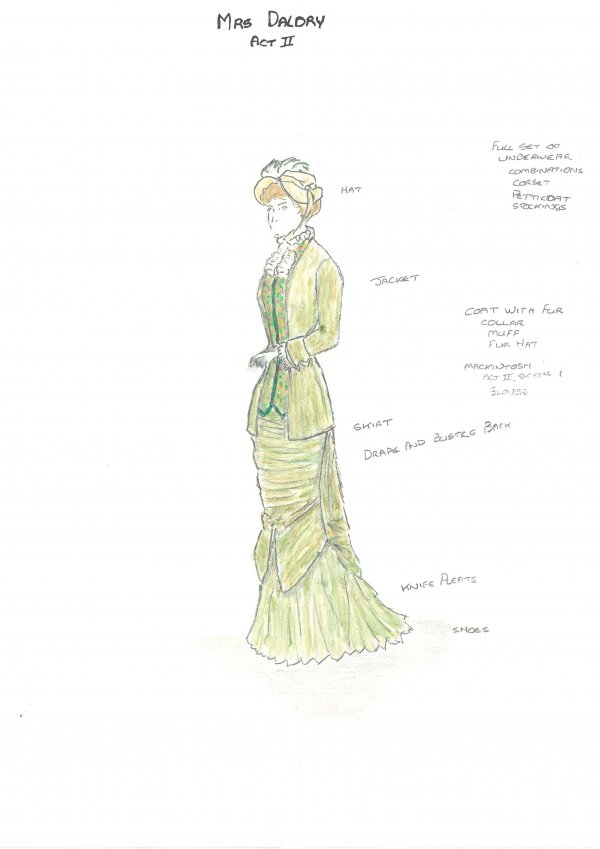 "We've opened up Mrs Daldry in Act II. We’ve still kept her tight up to the neck but her colours have been brightened, with pink in the waistcoat so the whole thing is brighter. At the end of Act II she'll have a coat with a fur hat and fur muff to denote that it’s into winter. Mrs Daldry moves the time throughout the play."

Her husband, Mr Daldry, is similarly restrained - although more modern than Dr Givings. 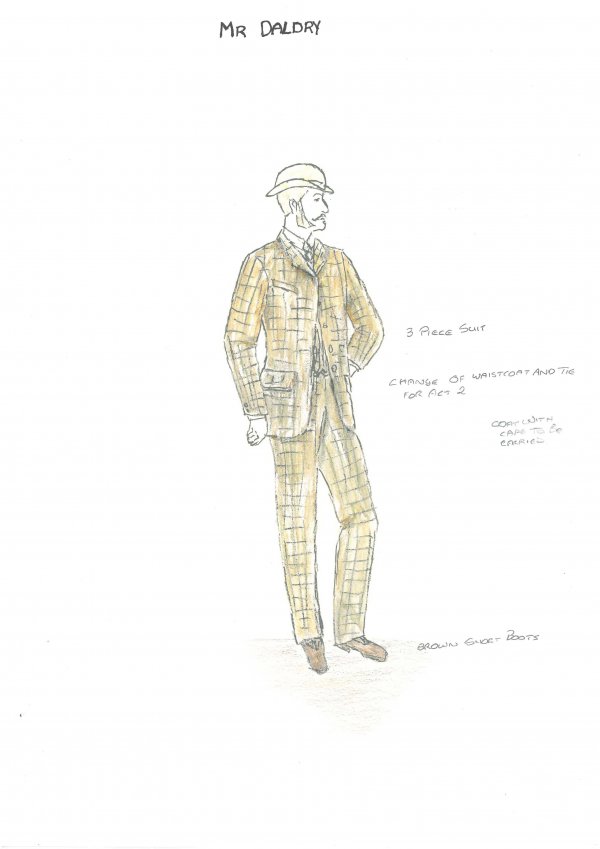 "He's reasonably modern. Checks were in at the time, but not as loud as they were in earlier, Victorian times. He's more colorful than the doctor, less formal, showing the difference in their characters."

In contrast to his modernity is Dr Givings' assistant, Annie, dressed traditionally for her professional role. 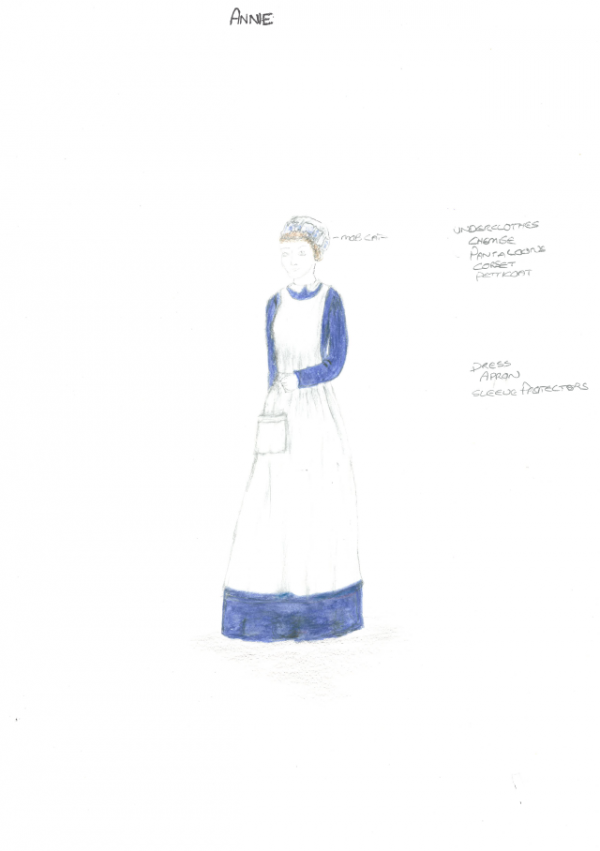 "Annie is the nurse. She’s got a deep blue dress with a white apron and a corset that makes her more structured in the way that she looks. We might even put on some cuffs to keep her sleeves clean while she's doing her 'manual' hysteria repair!"

...A world away from any sort of structure is the play's male hysteria patient, Leo. 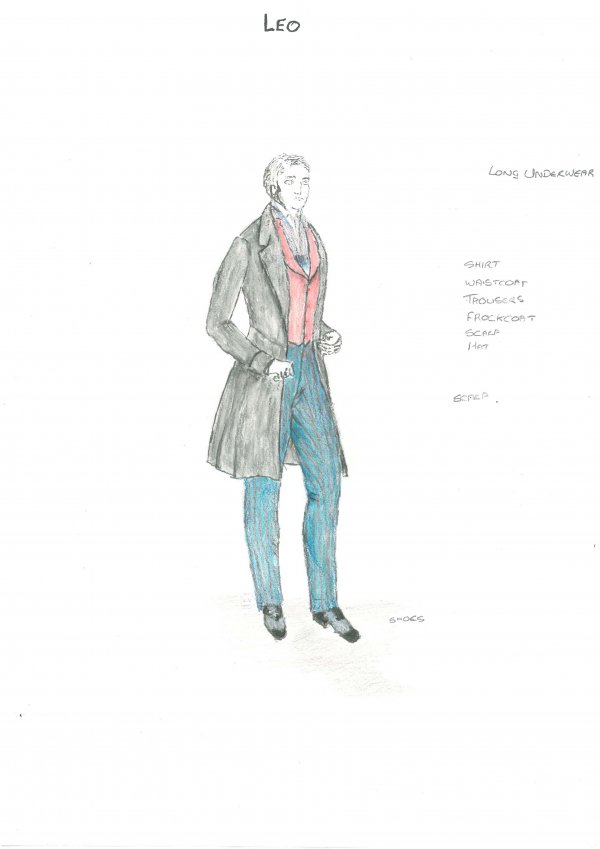 Leo is an artist who cares more about his paintings than he does his mishmash of clothes.

"Leo's not so keen on fashion, really. His jacket belonged to his father, so we’ve found an older one that’s more broken down to pair with a really nice silk scarf and an older-style gathered shirt - one more suitable for an artist."

The person who ends up being the unwitting muse for Leo in the play is Catherine's wet nurse, Elizabeth. 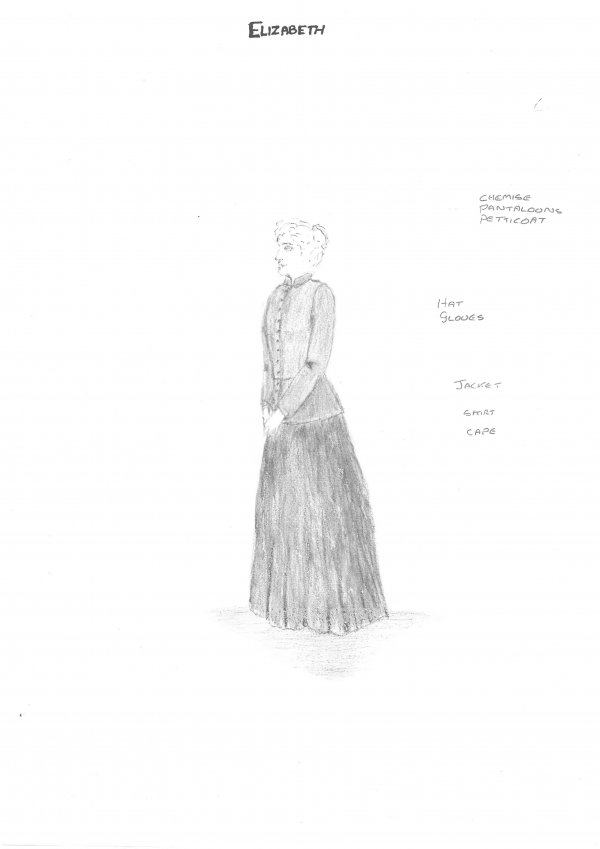 Elizabeth is of a different status than the other women in the play, something that's reflected in her clothing.

"She’s in greys to denote her place in society and lower rank. Her jacket and skirt are street clothes and she can unbutton the jacket to feed the baby - which is why she doesn't wear a corset."

In Act II, however, Elizabeth shucks her street-wear... 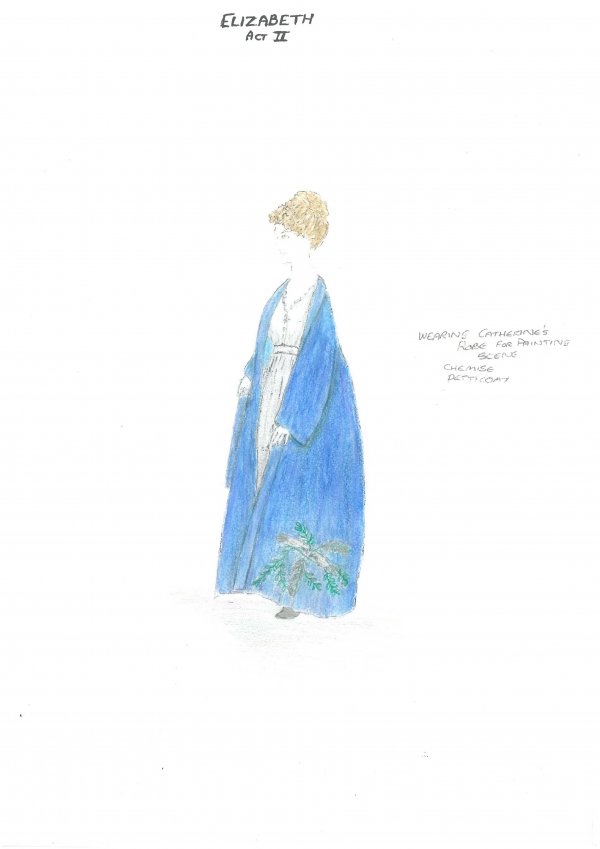 Borrowing one of Catherine's luxurious silk robes, Elizabeth becomes the ultimate temptation for Leo, who is desperate to paint her.