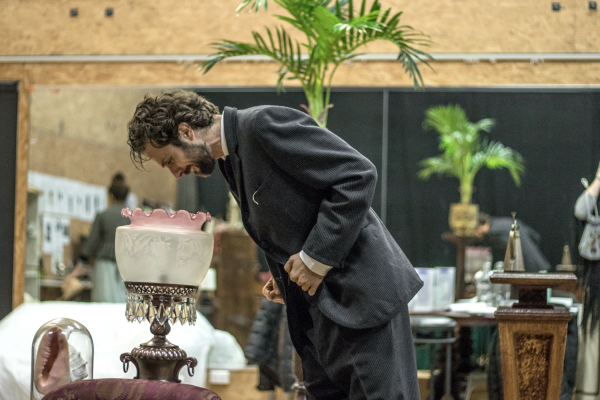 Proud sponsor of The Court Theatre and Kiwi energy company Meridian Energy have experienced first-hand the change in our electricity usage.

“Since the discovery of electricity, New Zealand has been steadily increasing its demand as we have grown as a country.”

The first place in the country to have a public supply of electricity was Reefton in 1888 - beating both New York and London in the process. The West Coast town was also the first in the country to switch on public street lighting.

By the mid-1930s electricity was commonplace in the homes of wealthy New Zealanders, something extended to all classes of Kiwis by the close of the Second World War.

Today it would be inconceivable to be in a home without electricity, with the average household consumption totalling 7100kWh per year.

Breaking that statistic down, Meridian told us, “most of the electricity consumption in New Zealand is used for hot water heating, whiteware and space heating - such as heat pumps.”

Things have significantly changed in the industry with increased adoption of renewable resources (particularly hydro, wind and geothermal sources) allowing New Zealand to cut back on coal, oil and gas generated electricity.

“On average, New Zealand generates 85% of its electricity from renewable sources,” said Meridian.

Something that the 100% renewable energy company only expects to go up and up.

“Electricity use will continue to grow in the future as we grow as a country.”

The most obvious change on our horizon is the use of electric transport, with electric cars and their charging stations beginning to become a familiar visual throughout the country.

Commenting on this predicted rise, Meridian said, “the electrification of our transportation (such as cars, buses and trucks) will increase our demand for electricity, though at the same time reduce our dependence on fossil fuels which helps to combat climate change.”

As for The Court Theatre’s energy consumption, there’s a lot of lights that need powering with two theatre spaces; a pizza restaurant and bar; building workshop; education classroom and offices for over 60 permanent staff members.

“On average it takes 397,000 kWh to power The Court Theatre per year! This is the equivalent of 56 average Kiwi households.”

That’s a lot of star power.

The Court Theatre are grateful to be partnered with Meridian Energy, a company committed to generating energy from 100% renewable resources. You can read more about their sustainability efforts here.