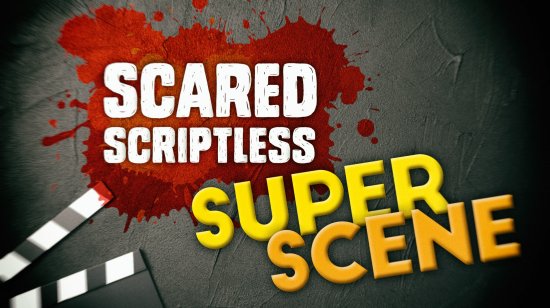 The show, starting at 10:15pm, will feature four players each charged with directing their fellow competitors in a scene of their choosing, whether it be an old-style Western - or Bogans in West Auckland.

Once all four scenes have been presented, it’ll be up to the audience to rank the stories, with one scene destined for elimination each round. After four rounds of fun and games, the surviving scene will be crowned the Super Scene.

Similar to Scared Scriptless: Survivor, Super Scene will create a night of cliff-hangers as the competing Jesters each try to make their scene the one audiences can’t get enough of.

Artistic Director of The Court Jesters and regular Scared Scriptless player Dan Bain hasn’t made up many rules, leaving the format of the show up to the imaginations of the players themselves.

Speaking about the show Bain said, “Performers can play in their scene, narrate it, direct it, be inside it – whatever they want. All they need to do is make sure, at the end of it, the audience is going to want to see more of it.”