The Court Theatre is thrilled to be reopening its doors and showcasing a special cabaret season with Christchurch’s very own Ali Harper (Songs for Nobodies; A Doris Day Special; Legendary Divas) and jazzman Tom Rainey (ONZM).

The virtuoso duo will open their extensive songbooks with a show that promises to be a musical feast for the heart and soul.

“I have called the show Up Close & Personal so people know exactly what to expect,” Harper says. “There is no hiding behind wigs, elaborate costumes or a script; it’s just me and my friend Tom Rainey enjoying music together, telling stories and sharing a night at one of my favourite theatres.” 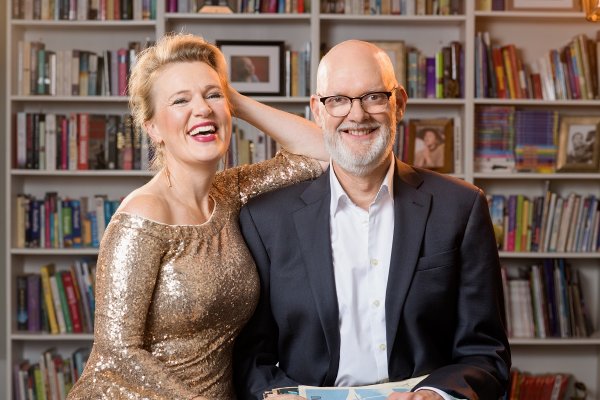 The show will be performed in the tradition of a New York cabaret club, with audiences seated in The Court Theatre’s revamped foyer, where they can enjoy pizza, platters and drinks during the show.

Talking about the intimate nature of Up Close & Personal, Harper says “I love the art of cabaret. I have done several cabaret shows in New York and I find it exciting and so liberating performing as if the audience is in my living room.”

Harper and Rainey, who regularly works with the CSO and NZSO, were due to embark on a New Zealand tour with Burt Bacharach tribute concert The Look of Love when COVID-19 derailed their plans. Now rescheduled for September, the pair jumped at the chance to come together at The Court Theatre this August.

Talking about what audiences can expect, Harper says, “We’ll be performing quite a varied selection of musical styles. We are, after all, drawing from our own individual repertoire and creating new treatments of well-loved songs. Tom has worked with stars like Cher and The Beach Boys and I have portrayed stars such as Judy Garland, Doris Day and Edith Piaf - so it’s going to make for quite a musical feast!”

Up Close & Personal with Ali Harper & Tom Rainey runs at The Court Theatre from 5 – 8 August. You can learn more & book tickets here.